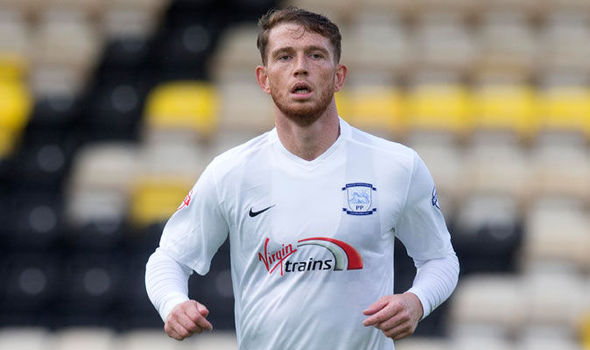 Sky Sports’ Jim White has confirmed tonight that Preston North-End’s Joe Garner will be in Glasgow tomorrow for a medical.

The slightly-protracted deal appears now to be coming to an end with the news the 28-year old hitman will run the treadmill at Murray Park tomorrow to hopefully seal his £1.5M move to Ibrox.

The deal had been subject to some speculation, with various sources claiming contractual disputes were holding the transfer up, but they now appear to have been resolved and only passing a medical stands between Garner and his big money transfer to Mark Warburton’s Rangers.

This would take the Magic Hat’s business up to circa 11, with Barton, Rossiter, Windass, Cross, Kranjcar, Dodoo, Hill, Gilks, Hodson and hopefully Lescott and aforementioned Garner incoming.

Swiss international Philippe Senderos remains at Murray Park and it is unclear what the future holds for him re: winning a deal but some outlets have suggested the 31 year old has done enough to earn a contract.