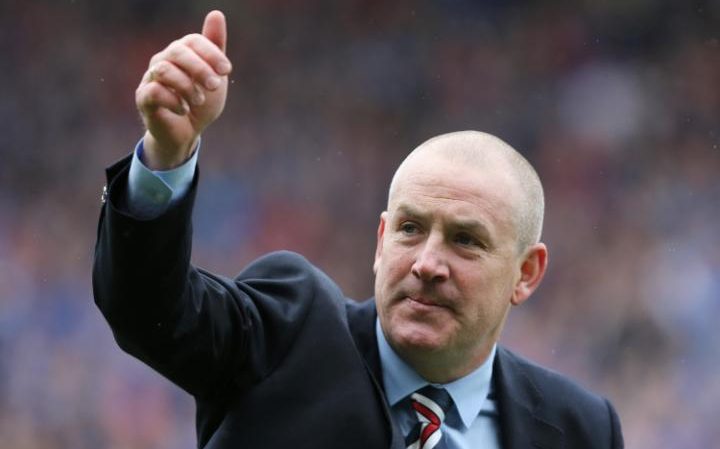 “The best plan B is to do plan A better.”

Mark Warburton on his appointment, 2015.

This was preached last season by Warbs when he came to Ibrox, but in order to enforce it we MUST try to sign the right type of player to be our new centre back who is a minimum of 6’ 3” tall, and is exceptionally good in the air. This would enable us to eliminate the goals scored against us with dangerous cross balls, free kicks and corners. A tenacious tackler would help, especially if he was able to read a game and spot the danger coming from the opposing forwards. In other words, a Terry Butcher or a Richard Gough class No. 5, and also one that is willing to play his football in Scotland. I doubt if this quality of player is available on a free transfer or we would probably have him signed by now.

There could be an ideal youngster with a superb future and pedigree, lurking under the radar of a top ten English Premier League team. A top side that has already got three or four formidable experienced centre backs ahead of him. Would his future be better served by going out on loan to Rangers for a year, to gain that much needed first team experience? If he produced the goods on a regular, consistent basis, would he stand a much better chance of playing EPL football with his own club? The experience gained after a year playing before a regular 51,000 crowd, would truly enhance his reputation, and increase his value in the transfer market.

Should Frank McParland, our Head of Recruitment, fail to deliver the right player for the start of the season, then I suggest that Mark Warburton changes his much favoured all-out attacking ‘Plan A’. It failed miserably against Burnley, as our defence was easily torn apart on four or more occasions, producing their three goals and them hitting the post. Rangers fans know our defence is woeful, and if we know it, you can bet your boots that the Magic Hat and big Davie know it too.

I think we’re all agreed that dropping points against any of the bottom Premiership clubs would be the kiss of death to our title hopes. We struggled last season in away games to beat teams like Falkirk and Hibernian, and they were/are only Championship sides. Unfortunately, Warburton has big decisions to make when playing Celtic, Aberdeen and Hearts away. Either he changes the way we play in these ties, or he develops a Plan B and uses a different line-up that makes Rangers so much harder to beat.

I applaud what Mark Warburton, David Weir and Frank McParland have achieved so far, but the most successful manager in the last decade (in my opinion) is José Mourinho. He discovered a long time ago that all-out attacking doesn’t always work, even when you have several world class players in your team. A title winning team MUST get the right balance of an excellent defence, a creative battling midfield, and players who are prolific goal scorers. This basic principle is not happening with the present Rangers team, because the defence is so weak.

Here are some different systems we could play: –

We could play an exceptionally fluid attacking 3 – 4 – 1 – 2 formation, which would definitely make our defence much stronger. We play three at the back, because with only two centre backs with our attacking policy, we are far too easy to score against. We have Rob Kiernan, Danny Wilson, Clint Hill and possibly 6’ 4” Matt Crooks, when he’s match fit. There may also be Philippe Senderos, but we we’ll see on that one.

Four in the middle, with Tavernier and Wallace the wing-backs. They will have more license to attack with three at the back, giving them much required protection. When our opponents win possession, they have to drop back speedily in defence. This would quickly enable us to have five at the back, until we secure the ball again. I would prefer to link Barton with Rossiter (who is a player), in the engine room of the side. They have wonderful positional sense, ace tackling ability, and an array of passing skills to help the team keep possession.

We could also try Matt Crooks alongside certain starter Barton or Andy Halliday.

One player in the hole, with either Niko Kranjcar (when 100% fit) or Josh Windass playing behind the forwards and in front of the midfield. This position would let him help the midfield players when we lose the ball, and it also allows him to score a lot of goals and charge forward at every opportunity with the other forwards, to help penetrate teams more.

Another big success in this position could possibly be Martyn Waghorn if Warburton wanted to play someone else up front, and still keep him in the team. I suppose Jason Holt, who played very well last year could possibly do a job here, but I much prefer my first three choices for this specialised position.

Two up front, with Martyn Waghorn and Barrie McKay as my first choice pairing. The two wing-backs are always bombing forward and also down the wings at every chance, so young Barrie would have the freedom to play all over the front line, causing mayhem and he has a proven striking ability in his locker.

I must admit that I like Harry Forrester, Michael O’Halloran and Kenny Miller very much, and we still have the talents of young striker Joe Dodoo to play his way into the team, if he starts banging in the goals when given any opportunities.

This new system can easily be practiced regularly at Murray Park until they have it down to a fine art, in friendly games with our current squad, or invited guest teams, behind closed doors.

Starting 11 (mostly for away games and Celtic, Aberdeen & Hearts at Ibrox)

Starting 11 (against weaker defending sides at Ibrox only)

When inferior teams play one up and everybody behind the ball, these line-ups could work.

This is how a plan B could help us if plan A is not? What do the readers think? Is a plan B needed or is Warburton right about plan A?