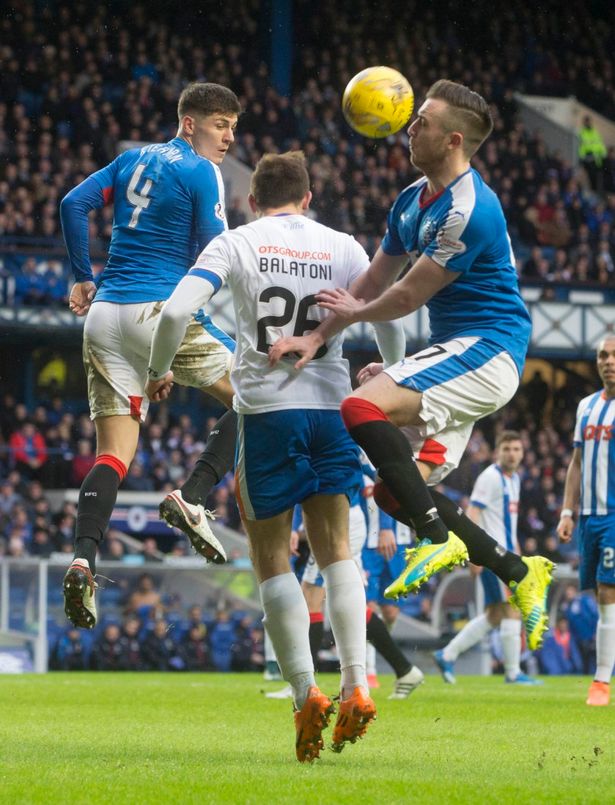 Yet another article on Rangers’ defence. It really is borderline nauseating is it not; a topic that has been broached to death.

And yet, we have to admit it remains a valid and worrying subject.

2015. May. Rangers have just been morally crushed by condemnation of another year in the Championship. All season long fans consistently complained about the Mohsni, McCulloch and McGregor defence; it leaked 39 goals and that was a major component of Rangers’ failures.

2016. May. Rangers have just cruised to a Championship triumph under Mark Warburton, playing glorious football and winning the league comfortably. All season long the defence has, however, looked flaky at best, and the final stat of goals shipped? 34. Only five less than under McCoist, McCall and McDowall’s disastrous season combined.

This pre-season has seen only one new centre-back come in, and despite the rhetoric to the contrary, there appears no evidence another is on his way.

However, let us try to look beyond the numbers and analyse why Warburton’s Rangers’ defence is just such a complete shambles. Because, harsh words they may sound, it is.

The biggest problem Rangers have is Mark Warburton’s tactics; blunt truth is he plays from the middle to the front, and prioritises eight positions on the field, rather neglecting goal and the back two.

This tactic, when it works, is wonderful – it is the same system Pep’s Barcelona used to use; to press high and defend with possession. It barely matters if you have no defenders, if you have the ball it is immaterial. And Xavi, Iniesta et al used to be grand masters of keep ball, exhausting opponents by making them chase shadows.

The side effect was the vulnerability to counters – any side who could sit back, soak up, and hit on the break got real joy from facing the Catalonians (think Atletico Madrid) – and any side who executed their own tactic against them destroyed them with it (think Heynckes’ Bayern).

But mostly it was too much for 95% of teams they faced.

That is why Rangers soared in last season’s Championship. Despite simply not having a defence, that domination football overpowered opponents.

The problem is arises with the link between midfield and aforementioned defence, against the better sides. Rangers simply do not have a system in place to deal with pressure. The backline is just left to scramble when opponents counter, and knowing this weakness was a problem, Warburton put Barton more or less as an auxiliary defender – I have rarely seen a defensive midfielder play so deep.

The lack of defensive tactics made the options limited – instead of having a set system in place to deal with opponents’ possession deep in Rangers’ half, Warbs tried to resolve it with sheer numbers – and while Barton’s efforts were worthy, especially in the second half, it sacrificed his midfield influence, reducing him to defending and rarely creating. Indeed, as the match wore on, he lost the ball more often.

Rangers’ complete lack of defensive focus has not really been a problem until now; with the Ibrox men up against teams capable of regularly doing a ‘St Johnstone’, that lack of solidity between midfield and defence is going to be an issue.

Many believed the absence of a real proper defensive midfielder was the problem with Rangers’ backline last season, but it was not. It is the system, a system which inherently invokes risk, but the lack of harmony between the middle two and basically anyone else is a huge concern.

There is, naturally, time to resolve this, to tinker with the tactical approach – that is why Warbs gets the big bucks. But in 13 months nothing has manifested itself as a convincing rearguard and trustworthy defensive unit, so it will take a seismic shift in thinking to develop one.

Many fans of course have defended the opening performance and result, by citing how it is only the first game; funny how the same fans allowed last season’s opening 6-2 demolition of Hibs at Easter Road to vindicate everything about the team and the defence. Just when it suits of course…

But the truth is that WAS a good indicator as to how the season would go. Rangers were comfortable league winners despite their vulnerable rearguard.

Here is hoping Saturday’s result was not.