Home Rangers Who is to be Rangers’ final big defensive signing? 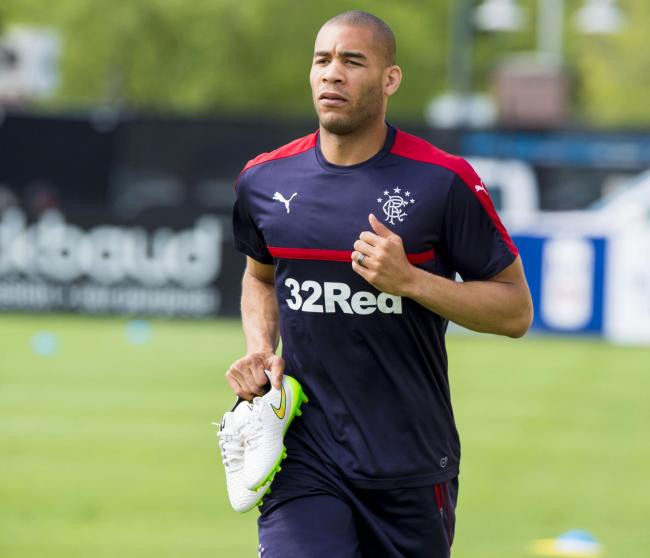 With Mark Warburton’s summer work nearly complete, just two positions require filling in Rangers’ squad for the start of the new season. As covered here, a striker is most certainly a big priority, with Walsall’s Tom Bradshaw heavily linked in the press. However, even more important is shoring up the defence, and with only one actual centre-back secured in Clint Hill, The Magic Hat has made it abundantly clear finding one more is another crucial step in rebuilding.

It had been hoped a defender would have been signed up by now, with Warburton’s preference most definitely to get business done early, and that had looked possible with Crystal Palace’s recently-freed stopper Adrian Mariappa pictured in talks with assistant manager David Weir and Head of Recruitment Frank McParland.

It all went deathly quiet, however, making that deal look like a non-starter.

Then we saw training ground photos in USA which showed former Milan and Newcastle centre-half and USA international Oguchi Onyewu training with Warburton’s men, which led to fairly logical conclusions that the management were running the rule over the 34-year old.

The 6ft 4in colossus is currently a free agent having not had an employer in well over a year, last playing at Charlton, of all places, but any word of him being in Rangers’ plans were put in doubt quite dramatically when it was pointed out the defender has trained with other clubs before purely on a fitness basis (DC United were quoted as being one) and it was extremely unlikely this was anything different.

He did trial with New York City FC but that came to nothing, and unless otherwise stated by Warburton (it was not, incidentally) this is not a trial.

The press claim otherwise, and the player is still in the training camp, but time will tell if it is going anywhere other than him simply using Charleston’s facilities with a top European club for fitness reasons.

As for other names linked, most have faded. Grant Hanley never amounted to anything, and Plymouth Argyle’s Curtis Nelson was another name to surface briefly before being snapped up by Oxford.

So, beyond Onyewu, where Rangers’ final defensive capture could come from is anyone’s guess.

One can only imagine Frank McParland working round the clock to unearth the right player through his contacts, and while there is a lot of time left to get someone, Warburton’s desire to get things done early does force the notion that time is of the essence.

But thankfully there is a decent amount of it.