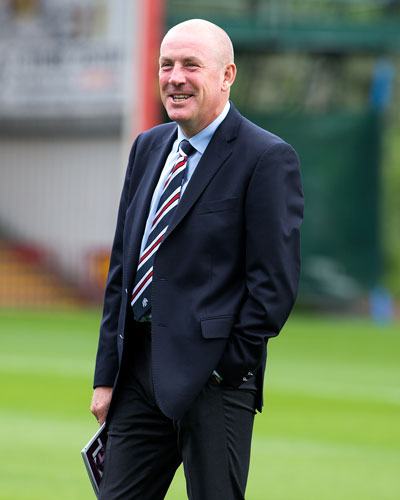 Before Saturday’s match, I described it as revenge. Many other fans agreed, albeit some called it more of a general ‘marker’, a benchmark to show how far Rangers had come compared with 14 months ago. That too was entirely valid.

While the defence’s failings in the match have been examined time and time again, from middle to front, at least, Rangers look the absolute real deal.

It may have taken a while for the visitors to take the lead at Fir Park, but the abundance of possession before pure dominance and obvious superiority took hold gave more than a suggestion that Warburton’s men were on the right path, but as we go into tonight’s cup match with lowly Annan, just how much did winning at Motherwell teach us about where this Rangers are?

If we are overly optimistic, we could argue midfield to attack Rangers looked like they could dispatch any SPL team with ease, with Kranjcar’s class, Windass’ energy and O’Halloran’s pacy dribbling making Motherwell, a very solid midtable SPL team, look like thorough amateurs. It certainly bode well after the horrendous run post-Old Firm win which punctuated the conclusion of last season.

If, on the other hand though, we are overly pessimistic, we could argue that catastrophic defence could so easily have put Motherwell out of reach inside 30 minutes, for a wont of better finishing. That Halliday, Kiernan and Wilson were cruelly exposed repeatedly by such a high line and Tavernier seems to have given up entirely with the art of defending.

Then if we lie somewhere in the middle there is the fact that Rangers, under the near-entirety of Mark Warburton’s reign, have not had a single proper DM holding midfield, and with one on the horizon (Barton, Rossiter and Crooks) but yet to actually start this season (which will not change tonight), that area remains a little contentious.

Meanwhile, the likes of Kranjcar, Windass et al starting later in Govan along with Hill, Gilks and Hodson gives a very different complexion to the team and hopefully the rearguard will be more secure.

We learned, at the very least, that a fifth placed Motherwell could not put Rangers away on Saturday, while a second bottom one dispatched us with ease over a year ago, and that has to count for something.

But while a comfortable victory tonight does not prove anything definitively either, it nevertheless bodes well for the direction the team is going in, with, as mention, a number of new signings still not featuring in the XI.

How do you, the readers, feel about the start? Are you encouraged by the creativity or more worried by the defensive frailties?