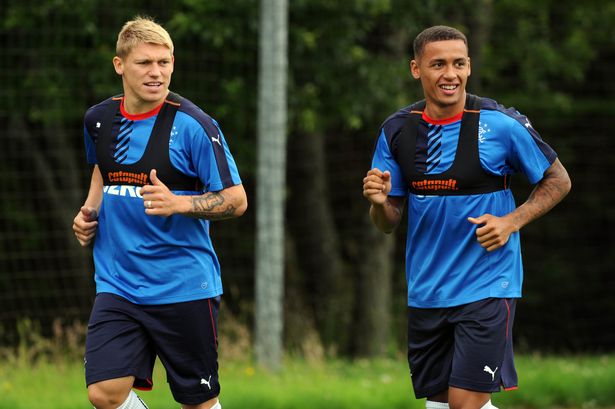 When claims broke yesterday that Rangers stars Martyn Waghorn and James Tavernier had rejected new contracts, reaction was initially of shock and disbelief.

Many fans were aghast with disappointment that the pair had turned Rangers down, while others pleaded with the players that it not be true.

But the story has gathered momentum, and a lack of official denial suggests it may indeed have legs. It does indeed seem, that over a month ago, the two players did reject new terms offered to them by the club, and as such there are a number of angles and aspects to this we must examine before coming to any sort of emotive conclusion about it.

First off, crucially, this is not an immediate alarm. These lads are contracted to 2018 and have become valuable assets to the team. The fact that in summer 2016 they found an offered contract to be below their requirements is not the end of the world. It is the sport of bartering. Very rarely will players accept the first offer on the table, and therein it must be pointed out the agent is the one doing the negotiating. Rangers now know exactly what these players want, and it is up to the board if they deem the lads worthy of what they want, or indeed, of more than has been offered.

Secondly, this WAS six weeks ago. Very strange that it suddenly gets reported now when things are going rather impressively at Ibrox, and even more strange how it gets dredged up in concert with the Warburton story. Even more strange that the story gets reported the day before the Champions League signing deadline, as if to take away from the fact a certain shower from the East End only managed to bring in one player?

Furthermore both players have been professional in training and high-spirited with the media. If there is anything wrong behind the scenes neither of them are letting it especially affect what they do for their employers, albeit Waghorn was admittedly awful in South Carolina while Tavernier was subdued.

However, there is the more negative perception which some fans have; which is to say Waghorn and Tavernier are not bigger than the club and have some ‘cheek’ to reject contracts when Rangers effectively revitalised their careers. These players were nowhere when Warburton snapped them up, and they have become stars under the Glaswegian goldfish bowl and high profile Rangers offer. Ergo some fans feel it is them who should thank Rangers for taking a chance on them, and not the other way around.

There is also the undeniable fact that Barrie McKay and Lee Wallace’s respective new deals got sown up extremely quickly and clinically and the players got paraded to the waiting media pretty snappily. So the typical question is; ‘if McKay and Wallace could get this sorted so quickly, why can’t Waghorn and Tavernier?’.

Lastly the claim that both players want parity with Joey Barton and Jordan Rossiter, if true, does argue that the former Wigan pair may just have allowed their egos to grow a little too much. They are indeed important to the club, but no one man is indispensible and neither can surely expect the same wage as Joey Barton? That would be like Sergio Busquets wanting what Messi gets.

Both players have their prerogatives, and those prerogatives may differ from their colleagues. It is extremely disappointing that this story broke, a story which fundamentally was based on private negotiations. Those fell apart, but that happens. But with two years left, there is plenty time for parity to be reached, and if it is not, neither player is irreplaceable. Waghorn and Tavernier gave Rangers a lot last season, but the club gave them plenty too. If agreement cannot be reached, all concerned parties can shake hands and move on with mutual thanks.

It ultimately is not that important.