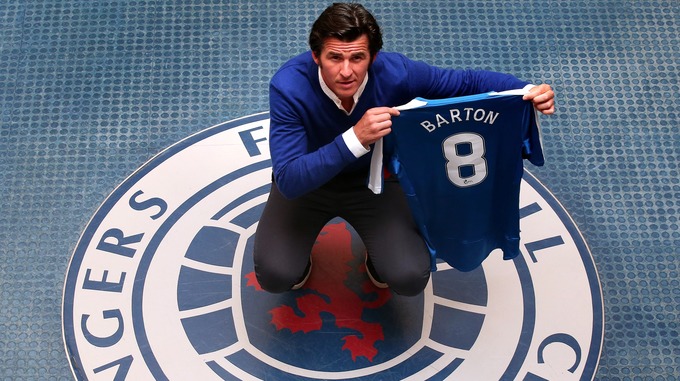 Mark Warburton has today confirmed tomorrow night’s visit of Annan in the League Cup to Ibrox has come too early for star midfielder Joey Barton, but that the former Marseille and Man City man will nevertheless make a cameo later in the game.

Expected to ring the changes, Warburton will be deploying the services of new goalie Matt Gilks, with both of the new summer defensive recruits, Lee Hodson and Clint Hill taking their maiden bows from the start in Govan too.

Second half subs Niko Kranjcar and Josh Windass will also be in the first XI giving Rangers a very different look to the familiar lineup who faced Motherwell on Sunday, but to the slight disappointment of fans, Barton will not be among them, set only for an appearance as one of Warbs’ traditional second-half subs.

“No (Joey won’t start), he’ll probably get a half hour tomorrow night.”

Those waiting for the dream Rangers midfield of Barton, Kranjcar & Rossiter certainly have to wait a little longer, not least for Rossiter’s return from national team duties with England.