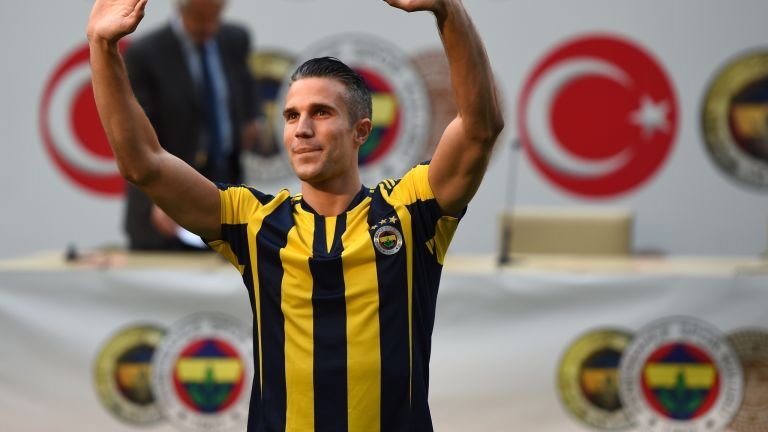 There have been some bizarre transfer rumours connected to Rangers this summer. Most were dismissed as the nonsense they were and eventually forgotten. At one point Henrik Larsson’s son Jordan was announced as a link, a wind up of course; but the national press actually ran with it, suggesting journalism is getting even lazier these days.

But some of those crazy rumours actually happened – Rangers signed Croatian superstar Niko Kranjcar, and they really did snap up the mercurial Joey Barton.

But another rumour has been circulating the past week which, inspired by the player’s evident desire to get out of Turkey, has picked up in recent days.

Sky Bet are even offering a staggering 6/4 on it; I am of course referring to the Robin Van Persie story.

It is surely just that; a story. How could Rangers attract a superstar like Van Persie to the SPL? How could they afford his wages?

And yet, this lingering transfer rumour continues to persist; naturally odds are as much reflected in betting patterns as they are by actual likelihood – if enough people bet on a ridiculous concept, its odds will indeed shorten even if there is no chance of Joey Barton joining Rangers…oh wait a minute…

And the ‘Joey Barton Fallacy’ is what stops me absolutely dismissing the Van Persie rumour.

It is bizarre, and outlandish, but crazier things have and always will happen than a footballer joining an unexpected club.

Rangers are a big draw – we have attracted some seriously good talent this summer and the team is looking truly impressive. It seems beyond the realm of possibility that we could capture a truly Hollywood world class striker, but we can dream, right?

And we did exactly that when we heard about Barton and Kranjcar.

RVP obviously wants away from Turkey (not surprising given the political unrest there) – but here is a little puzzler – if a country with a league as relatively unattractive as Turkey can attract Van Persie, Scotland surely can too.

Affording him is a whole other story though…