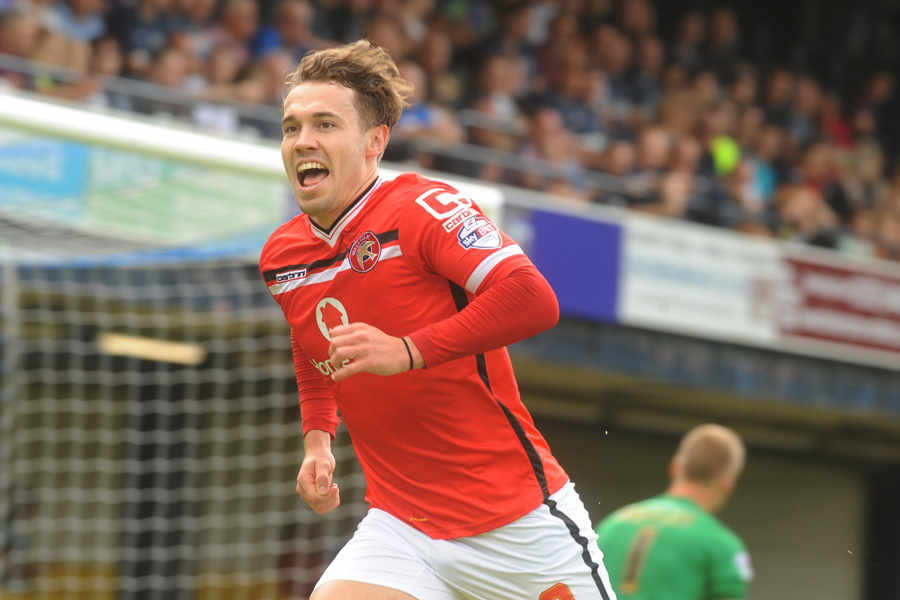 Long-time Rangers target Tom Bradshaw has handed in a transfer request, it has been confirmed. His present club Walsall revealed the 23 year old Welsh international has his sights set on challenges anew in a club statement released over the past 24 hours.

“Tom Bradshaw has today submitted a written transfer request outlining his desire to leave Walsall Football Club. The 23 year-old signed an improved two-year contract last summer and the club have attempted to renegotiate a further enhanced contract in order to keep Tom at the Banks’s Stadium beyond next season. However, Tom has made his desire to leave abundantly clear rejecting any offer of a new contract, which expires in June 2017, stating that he seeks Championship football in order to enhance his International career. Whilst the Club is disappointed with Tom’s stance given that it has played an instrumental part in his development, which has culminated in him achieving full Welsh honours during his time here, the Club have reluctantly accepted his request but have reiterated to Tom and his representatives that no player will leave Walsall FC unless the Club’s valuation is met. The Club will be making no further comment.”

That ‘valuation’ is reputed to be in the region of £1,000,000, with both Alan Stubbs’ Rotherham and Birmingham City said to be keen on the frontman’s services.

But it is the relevance of this latest course of action that is of importance to Mark Warburton. While the Magic Hat is closing in on Leicester’s Joe Dodoo, a striker of the calibre of Bradshaw, if affordable, would surely be of interest and given how long the hitman has been linked to Ibrox, the story may well have legs.

If, that is, Warburton believes he is worth Walsall’s asking price. There is also the apparent caveat of Bradshaw requiring Championship football but then if Joey Barton can give up the Premiership for the draw of Rangers, one imagines Bradshaw could sacrifice a lower level for it too.

However, Warbs may well think Dodoo, if he joins, is sufficient. We shall see.