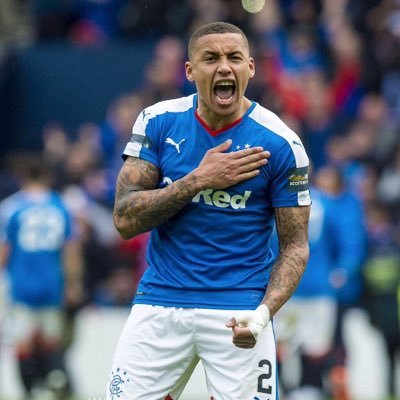 According to Sky Sources, Rangers’ flying right back James Tavernier has signed an extension to his deal, taking him beyond 2018 at Ibrox.

The full back, 24, has been a source of tabloid speculation regarding his future, ever since news broke from various outlets that he and team mate Martyn Waghorn had rejected offers eight weeks ago to extend their deals, with claims they were unhappy with the terms.

But one half has now apparently sorted his side, with Tavernier seemingly committing his future to Rangers.

Naturally, as yet, we do not know the details of the extension yet, such as the length, but that will be forthcoming through more official channels, and is yet more good news for Rangers fans after a summer of good work on the recruitment side.

Now all that is needed is for Waghorn to similarly extend his and yet another loose end is tied up in Govan.