Home Rangers New striker: what Rangers are getting in Joseph Dodoo 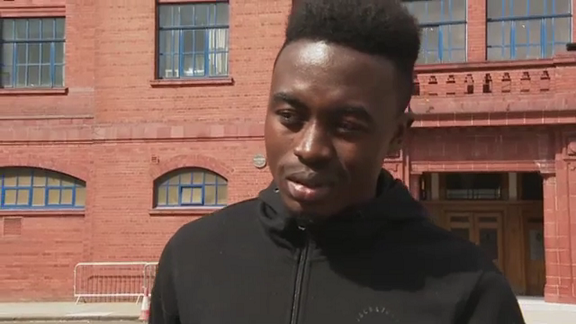 After days of speculation regarding who Mark Warburton’s mystery attacking signing target was, news finally broke that Leicester City youth striker Joseph Dodoo was close to agreeing a deal for a switch north from the English Champions to the biggest Club in Scotland.

It was confirmed the 21-year old was at Murray Park for talks about a move to Mark Warburton’s rebuild job, with the Ghanian saying the following about such a transfer:

“I know a lot [about Rangers]. I used to watch them a lot when I was younger and obviously there’s the rivalry with Celtic. It’s a great club. Any player would be excited to play for a team like Rangers.”

The lad has trained with his potential new team mates already and Rangers face competition from his existing employers who have already offered him a new deal, but first-team football may prove to be too strong a lure for the 6ft striker.

So what would Rangers be getting with this capture if terms can be agreed? The following videos give more than a taste of his ability, and that first goal v Bury in his stunning hat trick in England’s League Cup suggests the lad is more than capable of coping with the SPL.

“I’m a striker, I like to come short, come long, and goals and I can play either side (as a forward)”

We will see if this one gets over the line.