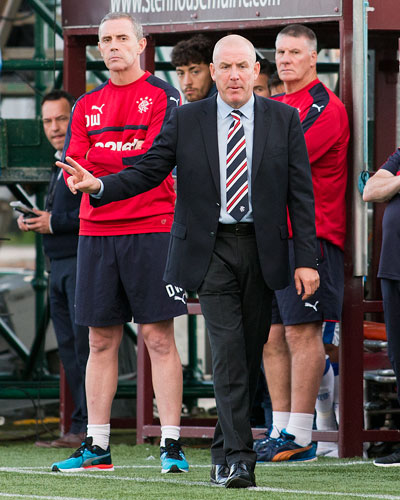 We are less than 2 weeks away from kicking off our league campaign in the Scottish Premiership for the first time since 2011/12 and there is most certainly a feeling of excitement flowing through all Rangers fans.

We have added to an already attacking squad with both English premiership “hot prospects” like Dodoo and Rossiter, as well as stalwarts who have seen it all at the highest level and will definitely bring a great deal of much needed experience to Mark Warburton’s squad.

Having gone through a tour of America and also played 3 ‘competitive’ league cup games, now is a good time to take a step back and evaluate our chances for next season. Let’s make no mistake about it, up until the 18th of April last season, we were having the perfect campaign. We were strolling to the title and were in the final of the Scottish Cup. From there, however, we seemed to collapse, failing to win another league game and also throwing away the Scottish Cup in dramatic fashion.

The pain of that day at Hampden is something that will never leave our players, but it will remain with them in as constructive a way as possible. They will now know that that sort of thing can’t happen again and players like Halliday (who has supported Rangers since birth) will now want to win trophies next season more than ever.

That is just one of the many factors that will be in play throughout our quest for more silverware next season. Whilst we want to only focus on ourselves, our rivals will play a big part in trying to stop us from reaching our ambitions. There is no denying that the gap between ourselves and Celtic is far smaller than one would have thought it would be at this point when we were demoted in 2012, but there’s no escaping the fact that they too have a really good manager as well as a squad experienced in winning trophies.

It is set to be a very exciting season, and I believe that as it stands our squad is more than capable of beating any starting XI in Scotland. However, consistency at the back remains to be an area that may need addressing if we are to win our 55th league title in this coming season. So far, our defence has been good in pre-season, but we are sure to come up against sterner tests when the league campaign gets underway in earnest.

It is my opinion though that the 4 Old Firm games (Yes, I’m certain we will finish in the top half of the table) will not decide the title, after all, they are only four games out of almost 40. What could win us the league will be when smaller teams park 11 men behind the ball and we have almost 80% possession; we must ensure that we are winning those kinds of games.

Let’s make no mistake about it, we are Rangers and we do expect to win any league we are placed in. But, if Warburton wins us the league next season then it will truly be a remarkable story considering where we were just over a year ago.

One thing is for sure, it is a great time to be a Rangers fan.