Home Rangers How Warburton & Weir will save Rangers’ youth 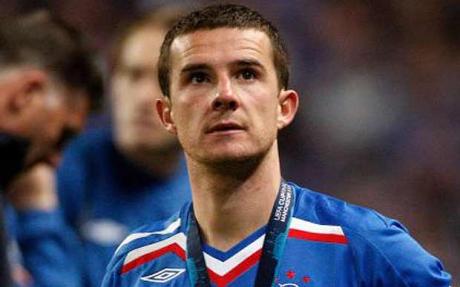 Through the years, Rangers fans have often thought that something was very wrong with our youth system, as we started to think that we didn’t actually have one. The emphasis with Graeme Souness and then his successor, Walter Smith was always to pay for tried and tested big money signings that would make it easier to win the league. So we cannot knock their fabulous success, and I for one loved those golden years, when Rangers appeared so often at Hampden Park, to win so many Cup Finals, and of course – the record equalling, nine in a row league titles.

A brand new Technical Board has now been established to oversee the new Rangers’ football philosophy from the top of the Club to the bottom, consisting of Mark Warburton, David Weir,
Frank McParland, Head of Academy, Head of Goalkeeping, Head of Recruitment, Managing Director and Director of Finance and Administration.

This has been put in place to ensure the implementation of a Club-wide playing style, football philosophy and culture and to evaluate the progress in becoming a modern, progressive football club, by measuring progress against a new set of targets. The Technical Board also works with a player-succession planning model from the Academy through to the first team and this drives any recruitment and development needs of the most talented younger players, as they move towards the first team. Evidence of the playing style can now be seen throughout all of the Rangers teams.

Developing our own young players is at long last a big part of Rangers’ new business plan. There are obvious financial benefits if you can achieve it successfully, and there is a love that develops between the player and the supporters, if he has come all the way through the ranks. It has now received the unanimous support from Dave King and his full board, a move that was implemented by our forward-thinking management team of, Mark Warburton, David Weir and Frank McParland.

Rangers know full well that this is an area which has been ignored for years, due to the money shortage within the club, but they also know that we cannot continue to buy success in the long term, as that is exactly what got the club in deep financial trouble in the first place.

The Rangers’ ambition is to be amongst the top 15 Academies in Europe, and they have started to radically change everything at the Academy. It is now being split into four key sections; Children’s, Intermediate, Senior and Development squads. Each has its own manager, with the task of developing the staff and new separate age-specific courses. The Club have become a Coerver Coaching partner, and are creating a new environment with the use of sports scientists, medical, welfare and education, coupled with operations and analyst teams. All four sections will all have their own coaches within the Academy, and the players will be given every opportunity to succeed.

One word of warning to Rangers: Jamie Carragher was saying about England’s recent 1 – 2 defeat to Iceland, he thinks the players have become, “The Academy Generation”, for that is what many managers and English TV analysts have been saying since the embarrassing Euro defeat, that these English players are soft physically and mentally. Roy Hodgson cannot escape a lot of the blame, for perhaps the worst-ever England tournament display, but don’t for one moment think the players should escape liability, because they have come through in an era when footballers have never had more time being coached. Jamie is not pointing the finger at academy coaches, but they do get ferried to football schools, they work on immaculate pitches, play in pristine training gear every day, and everything is done to ensure all they have to do is focus on football. We think we are making them men, but actually we are creating babies. Life has been too easy, and they have been pampered from a young age, had money thrown at them and, when things have gone wrong, they have been told it isn’t their fault.

Some 14 and 15-year-olds have agents or advisor’s now. It never seems to be the players’ fault when a team crash out of a competition. It’s always the manager not listening, or the facilities not being good enough, or the climate was too hot, or the officials made mistakes. The new young Rangers youths will have to be toughened up as part of their learning curve, and not be too mollycoddled by their club. As Jamie says, “Stand up and be counted in the match and give it all you can” with no excuses after the game.

Up to now, Rangers have produced too few top class youth players over the years, who have managed to break into the first team, but with this new system, which will be in place very soon, it will give more opportunities to the younger players than before. 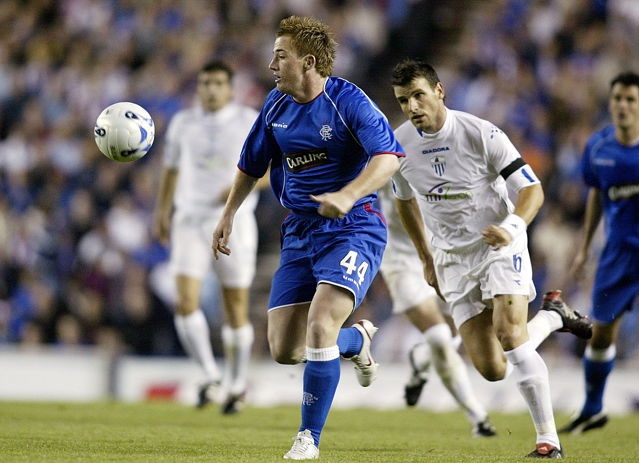 Ross McCormack is the one expensive player who got away. He played in 11 games and scored 2 goals between 2003–06, at the start of season 2006-07, but was told by the new Rangers manager, Paul Le Guen, that he was not in his first-team plans and the 19-year-old was released. He should have been sent out on loan to learn his trade, to gain the much needed experience of being a first-team regular. The loan club would have also helped to pay his wages in a win-win situation for both clubs. On 8 July ‘14, Ross signed for £11 million to Fulham and was targeted by Middlesbrough in the January ‘16 transfer window, but English Championship side Fulham rejected a £9 million offer as they feared the drop down into League One. Ross then signed a new four-year deal in Feb 16, but is understood his agent struck an agreement with the Fulham board that he could leave this May 2016, with a contract release fee of £12 million required to sign him for his goal scoring services. He scored 23 goals in 50 games last season, and those goals saved Fulham from being relegated. He has also played 12 games for Scotland since 2008. Le Guen and Rangers made a big mistake letting him go on a free transfer.

Not quite the same circumstances, but Allan McGregor, Scotland’s sometimes No1 goalkeeper, eventually won his place at Ibrox after going out on loan to several teams (Dunfermline and St Johnstone), when he was younger, and took over from the fantastic Stefan Klos. He proved himself as a top goalie in his own right and is still playing for Hull City in the English Championship at 34 years-old. On 02 July,13, he signed for Hull City for £1.5m and has played in all of Hull City for the last two seasons.

Walter Smith used to say that, “Barry Ferguson has all the attributes to be a first-team player, but he is still young and we will have to watch his career carefully, and not rush him” then Dick Advocaat arrived from the Netherlands, to manage Rangers and he could see immediately that Barry was bursting to play in the big tea, and ergo Barry was a sensation from the start and became a great captain and a legend of our famous club. He is currently the manager/coach at Clyde F C. Do you think Barry would have left Rangers in frustration if Walter Smith had stayed longer than he did, with his attitude towards playing younger players in the first-team?

Another, Andy Halliday, was at Rangers between 2003–06 (from 12 – 15 year-old) and was released from Ibrox when he was just out of short trousers. No doubt by a magnificent talent spotter (I am being sarcastic of course), who didn’t rate the versatile left-footed Rangers-daft boy. Thankfully Mark Warburton had the wisdom to bring him back to where he belongs as a life-long Rangers supporter. He was a major asset to our team last year, where he played in several different positions, throughout the season. 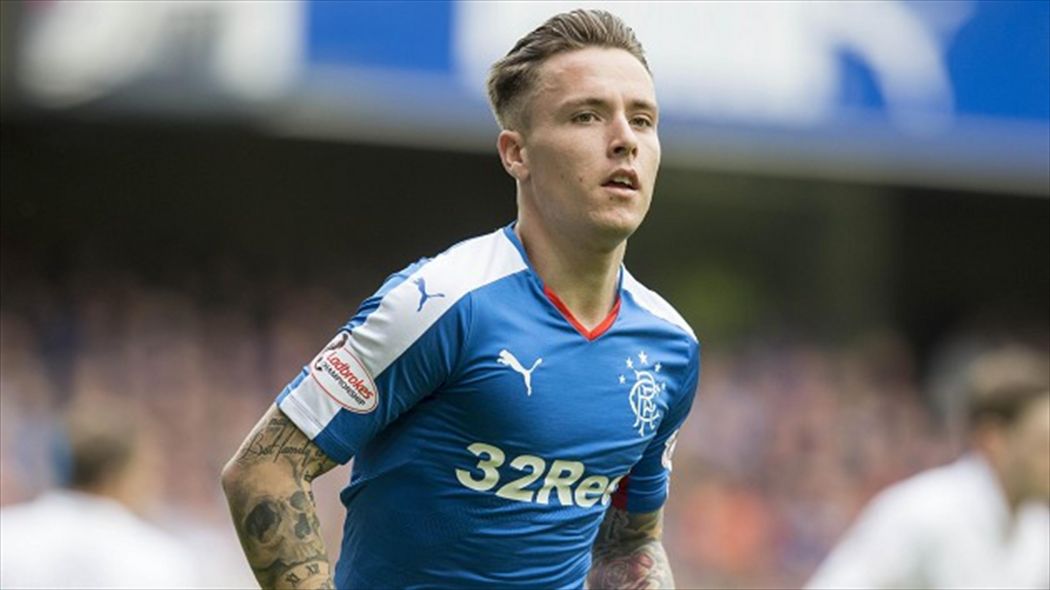 And the most pristine modern example; Barry McKay, carrying on from his remarkable last season, although he did have to leave on loan to first Morton and secondly to Raith Rovers, before he returned to be the player, we all knew he would be (except Ally McCoist, it seems). Even Gordon Strachan picked him for his Scotland team.

I am pointing out; just how difficult it is to eventually work your way into the starting 11, at a giant club the size and stature of Rangers. Can you imagine the amount of mistakes that have been made throughout the years, so many youngsters who should have been put out on loan to learn their trade first, before a decision is made on their chances, of ever making our first-team?

When Mark Warburton and David Weir arrived, they already knew what was required, for Rangers, and unfortunately for them, it all had to be done immediately without the time to ponder whether to sign this player or that one. They had to rely on their gut instincts about what these players had done in the game so far, and for how cheap they could get them. It is really amazing how many players they brought in, and none of them let the management team down. Obviously some have fared better than others, but overall every Rangers fan has to be delighted with the attacking football, we were lucky enough to admire last year, and the success that the team achieved.

To be a Rangers first team player, and to be good enough to play in the Champions League or even in the Europa Cup, is extremely difficult, for any young player to make it all the way. If we can get one or two players out of a young talented academy squad to be regulars in the team and be able to handle games at Premiership and European level, then the coaches will have done a sensational job.

What happens to the rest of the players who have been with Rangers for years and then get released? There should be a lot of players who will join other clubs in Scotland, or in the lower leagues of England. In almost every game that Rangers play, there is usually one of the opposition that is an ex-player, trying his hardest to beat them, to show them that they made a big mistake letting them go. So in a way, we are not just searching for the best players for ourselves, we are also helping to benefit other clubs in Scottish football and beyond, that have learned their trade with Rangers, in the first place. Do we get any thanks for it – are you kidding?