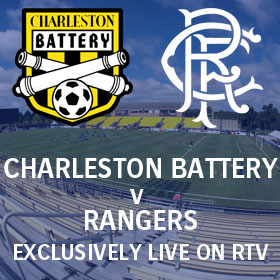 Just a few hours to go till Mark Warburton’s new-look Rangers side takes its maiden bow in Charleston, South Carolina, as the sole friendly of Rangers’ USA camp sets to test the Magic Hat’s men and see where his new recruits have bedded in.

Barton has begun training at Murray Park of late, with TV duties preventing him from joining up with the squad in USA, along with the small caveat that he did not officially become a Rangers player until Friday, with his contract formally starting on the first of the month.

Rossiter has been given a little time off, following his summer exploits with the U21 England team, so it is set to be a few weeks yet before Rangers fans see him in action. And Crooks and Kranjcar are not quite match fit, with the former especially seeking it following a lengthy spell on the sidelines after a hefty knee injury in January. Hodson is currently on holiday and is not with the camp in USA.

So, a fair number of the new additions will not be on display tonight, but triallist Oguchi Onyewu, and summer recruits Josh Windass, Clint Hill and Matt Gilks will be involved, with suggestions that Mark Warburton will field two entirely separate sides for each half – at least, expect a great deal of the available squad being used in earnest given this will be its first real test since the season ended at Hampden Park.

Finnish youngster Serge Atakayi is on trial with Rangers too, as we speak, but the 17 year old is at Murray Park and not the American camp, and if he impresses at home Rangers will have to pay a fee given he is under contract with his Finnish employer.

But the likes of Tavernier, Halliday, Holt, Wallace, Waghorn et al all have to begin again and prove they are ready for the SPL next season; all slates are blank now and everyone has to earn their place again, and with the new competition spicing things up, the existing squad will have to up their game to retain their places.

Incidentally, tonight’s friendly is available to all Rangers TV subscribers as a bonus live fixture, so for as little as £5 a month you can watch it as part of the normal package, and the wealth of material for those already joined up is more than tempting enough for the minimal outlay. Every penny of that goes into the club, so for any night owls who can tolerate the midnight kick off, you can see it live.