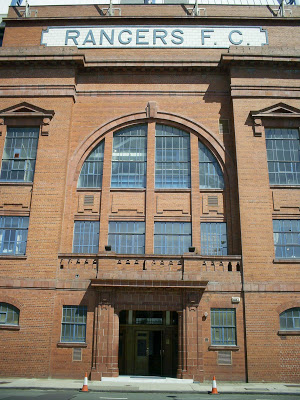 I don’t know about you – but I want to know what you really think about a giant club, the size and stature of Rangers, being dragged down to such a low financial state, that we cannot afford to pay any real transfer fee for any player still attached to a club. What a catastrophic position to be in when your team is attempting to win a league title, when other teams have had years experience of competing at a higher standard of players.

Rangers have been reduced to scrounging around, looking for the best free transfer players currently on the market, that are available to sign right away. This will enable us to bed them in for the start of the new Premiership season, after a four-year sabbatical, forced on us by the SPL clubs in 2012. We can use their services to play for our world record breaking team, without having to pay a transfer fee for any of them. In fairness, we have picked the best of them, to the great credit of our management team getting the homework right, and with their experience and perseverance paying off.

We do have three new young players all under 23, and Rangers do have to pay some compensation money, as part of the deal agreed for them signing. A £250,000 fee has been agreed with Liverpool for Jordan Rossiter who is only 19 years-old and is a current international player who has featured at every level for England since he was only 15. Roughly £50,000 development fees have been paid to Accrington Stanley for Matt Crooks, our new 6’ 4”, 22-year-old and also for Josh Windass, who comes very highly recommended as an exciting, attacking scoring midfield player, by Mark Warburton.

I find the present situation a little embarrassing, and I feel very sorry for such a great management team, having to try and wrestle the league from Celtic’s clutches, with both hands tied behind their backs. In saying that, they have worked wonders with players of the calibre of Joey Barton, Niko Kranjcar, Clint Hill, Lee Hodson and Matt Gilks – so far, with ‘one or two irons still in the fire’ for another defender and striker!

I also believe that at long last, we have a board that we can trust to run the club properly now. Even if they have to run it frugally for the time being, it is so much better than spending money we obviously don’t have. Once we are on an even keel, Dave King will be in a much better position, if he gets help from others, to invest some more money in the best club in the world – especially with all the best supporters! We have haemorrhaged millions since 2012, and it will take something drastic to eliminate the problem and hopefully, I have devised an idea to rid us of the bad debt that we have accrued in the process of being demoted to the lowly Third Division of Scottish football – shame on the Scottish Government for not stepping in, to help save the whole of Scottish football. The Spanish Government would not have let Real Madrid or Barcelona suffer the same fate!

What I am strongly suggesting has never to my knowledge, been done before, but I feel for the long-term benefit of all the Rangers, “We are the people” supporters, and indeed our proud club – can we be allowed to put our own money (cash/cheques and bank transfers), into a specific Rangers F.C. bank account, called the “Rangers Transfer Fund”, to enable us to help pay for future signings and their wages? It would be an account that would very strictly be used for transfer fees and the particular signed players’ wages ONLY.

We have fans around the world who could easily get involved, and we also have a load of wealthy fans, who I am sure would be willing to help us out, in our time of need. I will be happy to contribute money to the fund, and I am sure that every fan would appreciate the opportunity to help in any way they can. Even the poorer Rangers fans could help by fund-raising in their communities, just to help the team that they have always cared for, so dearly in their hearts. We are the Rangers Family and it is time to stump up and do what we can, but please remember, you can only give what you can afford. We also have all the Rangers clubs, Orange Halls and Masonic Lodges to help eradicate this financial burden, by using their premises to arrange fund-raising events, with all the proceeds going into the, “Rangers Transfer Fund” account. Let’s be honest here – charity begins at home with this one!

All contributions, could accumulate to millions of pounds, if promoted right by a Richard Gough/John Brown/John Greig – representing a full-on Rangers publicity machine, involving all the newspapers and radio stations with the “Rangers Transfer Fund” project!

Rangers Football Club have the financial responsibility for all the repairs required for Ibrox and Murray Park, coupled by all the wages and extortionate running costs each month, so this influx of money, could prove to be a godsend to the board.

Would you be willing to contribute to the, “Rangers Transfer Fund” account?