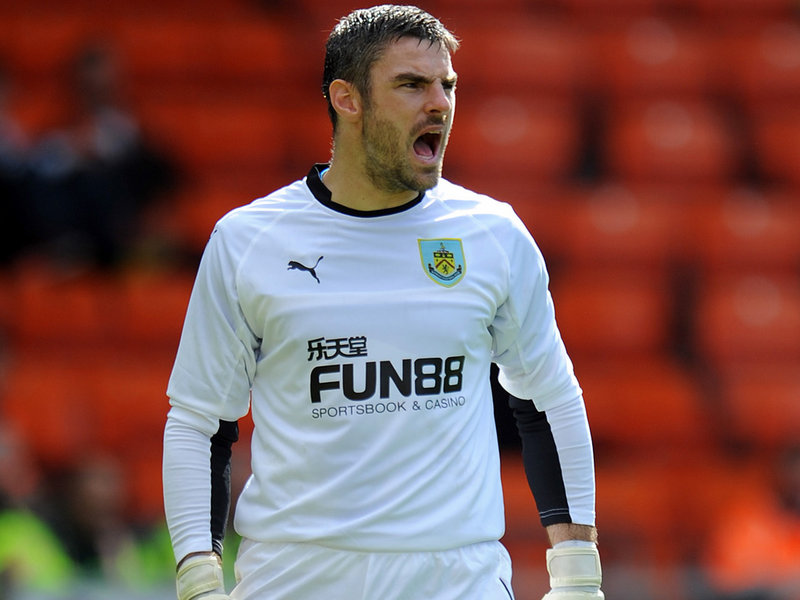 Rangers have been linked with a fair few goalies over the recent weeks, with Southend United’s Daniel Bentley and now free agent Michael McGovern, who was recently released by Premiership Hamilton, among them.

However surprise news broke this morning when Burnley’s Scotland international Matt Gilks jetted into Glasgow for talks about becoming Mark Warburton’s latest addition, with the 34 year old another free agent within the market Rangers are currently active in.

With three Scotland outings to his name, Gilks is certainly no career amateur, and has a wealth of both Championship and English Premiership experience on his CV with spells at Blackpool and Norwich City to boast of.

Whether Rangers fans see him as a worthy deputy to current number one Wes Foderingham is another matter though, with some even hoping (including Ibrox Noise’s very own Richard Fillingham) that Rangers were going for someone of a higher calibre than both to become Rangers’ new keeper for the step up to the Premiership.

But should this signing go through that probably confirms the current number one as next season’s too, considering Warbs admitted recently that he was in the market for a new goalkeeper to replace the departed Cammy Bell as deputy. And may just see two signings in one day should Niko Kranjcar complete his protracted move as hoped. The Croatian arrived in Glasgow earlier for his medical and assuming he passes it, that one will be over the line hopefully within the day.

As such, Rangers only have two or three more signings to make and positions to fill, and the summer business will be concluded.