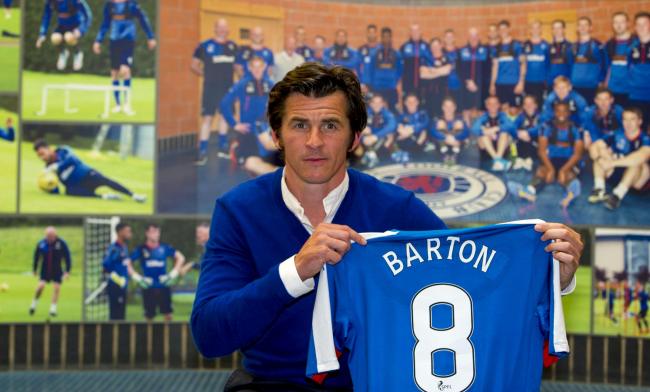 This was a fairly standard level of Rangers engine room during this period, not quite up there with the Gazza, Laudrup, Albertz-esque quality of yesteryear, but good enough to win the league in 2011.

With news over the past 24 hours that former Croatian international Niko Kranjcar’s posited move to Ibrox is very much back on, Rangers suddenly go into next season with a middle third that could well be;

Jordan Rossiter, England U20s captain and former Liverpool midfielder with a market value of several million, Joey Barton, ex-England international, Burnley’s POTY and in the English Championship’s TOTY and former Man City and Marseille anchor man, and last but not least aforementioned Kranjcar, an ex-international for his country and of a fine stable including Tottenham Hotspur.

Few would deny this is up there with the kind of midfield Rangers fans would expect their team to have, a traditional Rangers SPL quality midfield; one player with all the potential in the world, and two former highly-experienced internationals.

To say that Frank McParland, Mark Warburton and David Weir have pulled off a coup here is a thorough understatement.

In truth, many modest English top flight sides would be happy with those three in their side; obviously not a Man City or Arsenal, but middle to bottom level teams such as a West Brom, a Crystal Palace, or even Everton as they stand these days.

Going from Kyle Hutton to Joey Barton sums up the impact Rangers three wise men have had – they have both sold their vision brilliantly to these players, and are themselves a major reason players of this calibre are attracted to Ibrox; the three of them command huge respect in the football world and players need that kind of management if they are to believe in the project.

The only question remains, who else will join them?