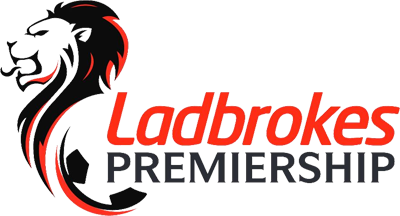 Yesterday’s SPFL Premiership fixture release for the upcoming 2016/17 season was one of excitement for us Rangers fans as we can truly put the last 4 years of lower league football behind us. The more competitive, and dare I say higher quality of football, environment will be a welcome sight. Not to mention the return of our beloved Old-firm derby on a regular basis.

However, despite this excitement and almost novelty feeling, it was hard for us not to divert our attention to the reactions of some of our country’s smaller clubs, which were, in my opinion, petty and embarrassing. Before the reactions are discussed, it is worth remembering that there are quotes from circa June 2012 which were along the lines of certain Scottish clubs wishing administration upon themselves rather than welcoming Rangers back in to the top flight instantly.

I don’t for one minute believe that the rest of the top flight thought they would be fine without us, but I do think that they all saw a chance to take a cheap kick at our great club as they thought that it would never have any repercussions; conversely, we have rallied, strengthened and are now back to stuff those words down the throats of SPFL Premierships clubs’ chairmen.

It therefore was no shock whatsoever to see the outcry from Motherwell, Hamilton and Patrick Thistle over the fact that they have been afforded less home ties with Old-firm clubs, meaning significantly less revenue – £120,000 for Motherwell over the course of next season. Boo Hoo.

Somewhere in their club statement, they muttered about a ‘sporting disadvantage’ as obviously clubs travel to Ibrox (and Parkhead) as massive underdogs. However, we all know that it is the money they care about. Motherwell’s man said that they even planned their yearly expenditure based on having 3 home games against the Old-firm.  You read that right, hosting us actually keeps them ticking over! So much for not needing us!

The affected clubs are demanding compensation for this oversight, and whilst it may be narrowly unfair on the face of it, I hope the SPFL tell them where to get off. The Old-firm is bigger than Scottish football and the SPFL know this. The renewal of the derby next season is what has already brought in increased TV revenue. Small clubs are not answerable to in this case, particularly the affected ones who only want to care about Rangers when it suits them.

It has always been all about The Rangers, and now we have football clubs confirming what we knew all along – the blue pound is more sought after than any other: why do these clubs want an extra home game against us as opposed to Hearts or Kilmarnock… We all know the answer.