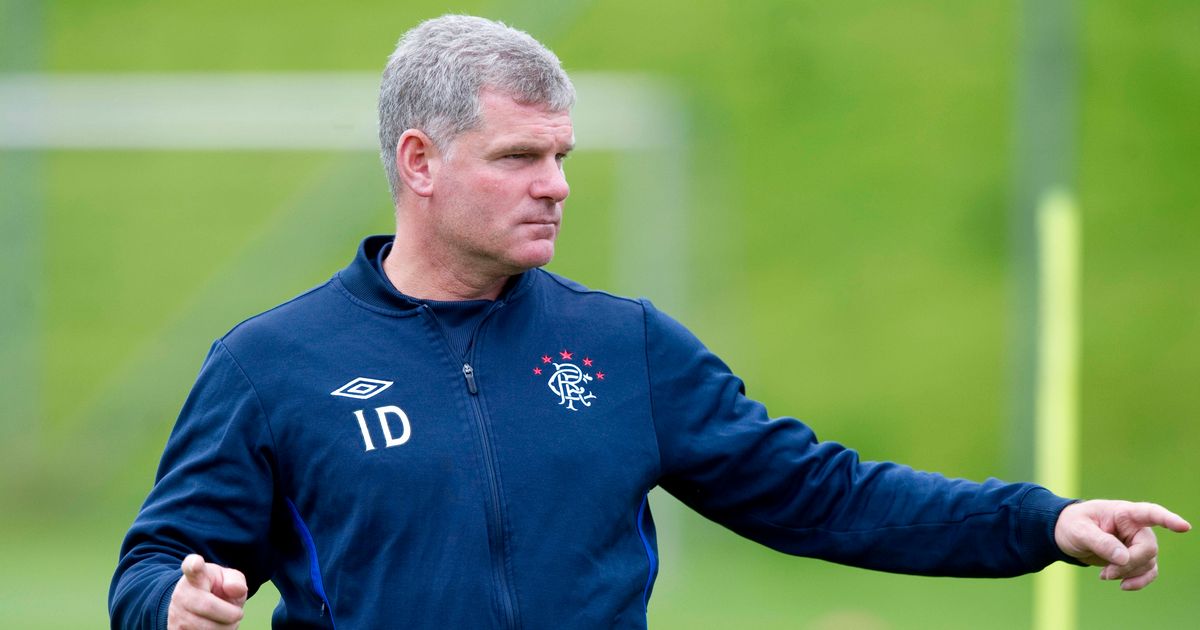 62-year-old Rangers goalkeeping coach Jim Stewart is a former Scottish football internationalist, who had a quality club career playing in goal for Partick Thistle, Kilmarnock, Middlesbrough, St Mirren and our very own Rangers during a long successful spell in football.

He came to Ibrox as the goalkeeping coach from Hearts in 2007 and also continued in his role as goalkeeper coach for the national team under Alex McLeish. He took over the role at Ibrox that became available following the surprise departure of Billy Thomson.

Surely the time is right for Rangers to bring in a younger, enthusiastic, more athletic and forward-thinking goalkeeping coach who knows all the latest techniques required to achieve the very best goalie results in 2016?

What is expected of keepers nowadays? The answer is height and timing. I am fed up saying that we require a very tall keeper – one who is good at cutting out cross balls. Is there anyone out there listening to me?

Wes Foderingham almost got away with being our number one goalkeeper last year in the lower standard Scottish Championship. But I am really sorry to admit that he is one of the worst goalkeepers I have had to suffer watching in a Rangers jersey. We are used to much better and we will need a far superior keeper if we have any chance of challenging for the title next season.

In fairness to Wes, he cost us nothing and is good with the ball at his feet – with good distribution, and on occasion, making some good saves – but he is SO WEAK at cross balls, which is our major downfall at corners and free kicks. He has to be deposed as our no. 1 keeper, and then we can see if a new coach could make him any better for the future.

And therein is the point I am making is – if our very successful management team of Mark Warburton, along with Davie Weir and the wily old fox Frank McParland can pull the trigger on a legend like 49 year-old Durrant, is anybody’s coaching job safe at Ibrox now?

There is indeed some conjecture whether or not Mark had told Durrant in person about his departure – or was it left to someone else to inform him of the shock decision, to replace him immediately, without notice? It was certainly one that came right out of the blue and seemingly devastated the long time Rangers legend.

Is 57-year-old youth coach Billy Kirkwood the next on the list to be sacrificed by “the big three”, who probably want all their own team coaches to be at Rangers? They certainly make all their football decisions by a unanimous agreement system that has a habit of producing all the right results and it is no secret that I am a huge admirer of the three-man team, all of whom deliver superbly in their jobs. The result of their efforts is a massive turnaround for the good fortune of Rangers.

Rangers’ youth policy has NEVER been close to being a success and it is about time that Mark & co (as I should start calling the big three) finally do something positive to try and repair all the mistakes that have been notoriously made to the youth programme. The scouting system at Ibrox had previously been abysmal and a scandal, for such a high profile side like Rangers.

A totally neglected youth system that is supposedly designed to promote from within, has produced so little talent, to create any kind of discussion.

Personally, I am delighted that everything at Rangers is being scrutinized at the moment to see where continuing improvements can be made at every level of the club. Rangers hopefully, can no longer be classified as a team of “jobs for the boys.”