Home Rangers 30,000 and rising; how Rangers fans’ loyalty was rewarded 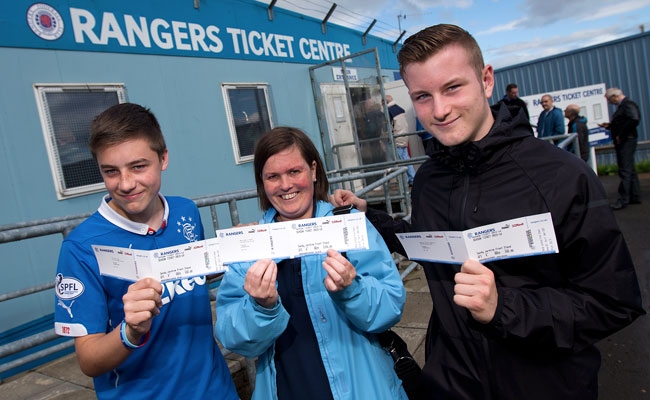 Today, the ticket office confirmed that season ticket sales have reached 30,000 as we approach the renewal deadline of Friday June the 3rd.
This is a very encouraging number and even eclipses last season’s figures which were resurgent, mainly due to the fact that Mark Warburton had been brought in and the club seemed to be headed in an all round more positive direction.
One year later, and coupled with the fact that we are back to where we belong, and the positive vibes that are partnered with watching free flowing and attacking football are still here as strong as ever.
Fans have put their money where their mouths are and continued to back the board despite the price increase for the season ahead. Dave King confirmed that season ticket prices would rise by 20%, which does sound rather hefty. However, that brings prices back in line with what we were paying in our last season in the SPL and the optimists amongst us could argue that the prices actually represent a ‘real terms’ decrease from 2011/2012.
Supporters’ loyalty over the last 4 years of turmoil have been a great testimony to our wonderful club and there is no sign of that changing as we find ourselves back in the top flight. However, there is ongoing murmurs of whether or not we should boycott away matches next season. Some fans will go to all matches no matter what, but there are others who feel that we should try and stick the boot in so to speak, in an act of revenge against those who continued kicked us (and enjoyed it) whilst we were down at our lowest point in 2012.
Our team for next season continues to look promising though,  and it is evident that our usual wonderful support will be out in force to match it!