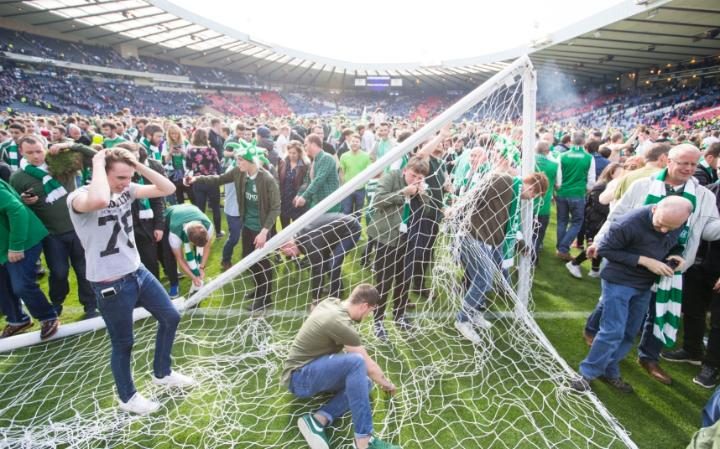 A short while ago, Hibernian FC finally got round to releasing a statement regarding the unpleasant events that unfolded after the final whistle of Saturday’s Scottish Cup Final.

It is disappointing that it took them so long to release said statement, given the severity of the alleged actions carried out by some of their supporters when the curtain came down on their first Scottish Cup win in over 100 years.

Yesterday, Rangers released our own statement which was bold, resolute, confrontational and also got straight to the point. In my opinion, Hibs’ own effort misses out one key point which is so pertinent to the whole issue that in effect the statement becomes meaningless – I am of course referring to the glaring omission of a direct apology to our players and staff who were subject to assault by Hibs’ supporters.

Of course, the club may have privately apologised to Rangers – but I feel that they would have mentioned that in their statement if it were the case. Within the statement, Rod Petrie finally acknowledged that violent acts took place, after he appeared to brush off such a possibility in his TV interviews shortly after the final whistle. We can only hope that the club stands by their intentions when they say that

There is obviously no place for such acts in football, after all it is their workplace and they have a right to work without living in fear of assault.

Let’s see what results the independent commission produces, we can only hope those responsible are held to account.

The full Hibs statement can be found here: http://www.hibernianfc.co.uk/news/6529