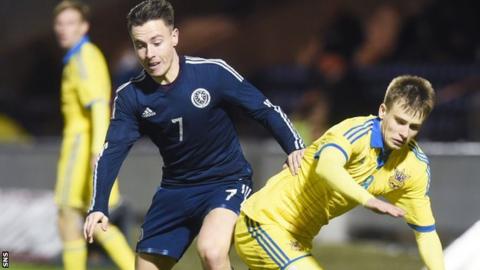 When Rangers stars Lee Wallace and Barrie McKay were initially called up to the Scotland squad by manager Gordon Strachan after he labelled them as “fine a partnership as I have seen in some time” reaction from Rangers fans was widely positive.

Despite the Ibrox side’s exile from the national team in recent years, and the resentment it has caused (right or wrong) both towards Rangers and from Rangers, there has always been a sense that supporters wanted Rangers players involved in the Scottish regime again; that a Scotland team without any involvement from Rangers players is not a true Scotland at all, and is fundamentally weaker without them.

There also is a school of thought which remembers 2008, the Loch Lomond incident and the banishment of Rangers players from George Burley’s Scotland, before Craig Levein mostly kept the same trend up and made most fans hate Scotland.

Then we had Rangers’ admin in 2012 which led to further animosity and last but not least 2014’s referendum which has fractured Scotland in two making some fans feel this country and its team are not their own any more.

Whatever path you take, Rangers and Scotland has been a subject of controversy for some time, and the olive branch of McKay and Wallace being called up (even if only for cover for the Celtic and Aberdeen players involved in Europe) was probably a welcome one.

Unfortunately Wallace pulled out with a minor injury, while McKay was left on the bench. Yes, correct; Scotland’s brightest young talent in terms of his position was left to rot in the dugout and did not even get a start. He also did not come on as a sub when Scotland were trailing.

It is hard to know how to judge this; I did not witness the dire spectacle that was a feeble loss (by all accounts) but no shots on target in 90 minutes is up there with Levein’s 4-6-0 formation. Ergo, one cannot help but wonder if it is in fact a good thing that Barrie McKay played no part in it, despite being dragged all the way to Malta anyway.

He is a surefire starter for next season’s Rangers campaign, and until Rangers have a number of top class Scottish players who are knocking on the Scotland door, it seems a bit token to merely have a brief appearance by one player in a meaningless friendly which Strachan did not even take seriously enough to field a half decent team anyway.

So, for now, it does not seem to matter. McKay is enjoying life at Ibrox, and Scotland is just a distraction. Of course he will surely be proud to play for his country at some point, but it is likely he probably is not that bothered by it all right now.