Home Rangers Rumour mill; latest in and out report from Ibrox 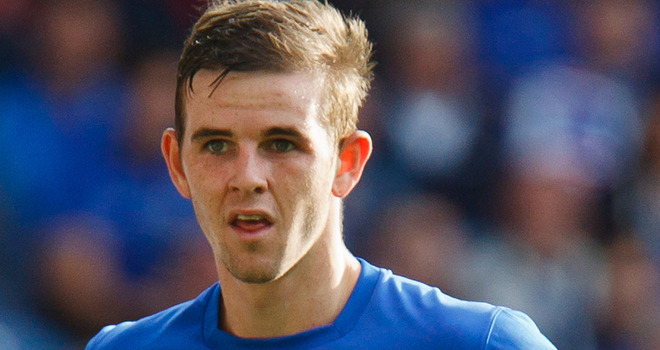 With silly season well and truly upon us, Ibroxnoise.co.uk thought we would take our readers through a one-by-one in-and-out rota of which players are linked with a move into Ibrox, and which seem gone. Obviously there are a lot of names right now, so we will stick with some of the main ones, including the more tenuous.

David Templeton; League One outfit Bradford are linked with the 27-year old who is out of contract this summer. Mark Warburton does love a winger but evidently does not see Templeton as part of his plans, and it would take something akin to a miracle for the former Hearts man to be given a new deal in Govan. This is a signing that, for so many reasons, was an utter failure.

Nicky Clark; Been linked with a number of suitors, and it does look like Sandy’s lad will not be offered a new deal. A rare starter, he just has not cut it under any manager at Ibrox.

Nicky Law; He will never be a favourite under Warbs and it is time for the ex-Motherwell midfielder to move on.

Ben Pringle; 26 year old midfielder equally comfortable elsewhere in the front six, Pringle is currently on loan at Ipswich from Fulham, where he is contracted till summer next year, but seems regarded by the Championship side as more of an expendable utility player. Would cost a fee but not the earth, and if the Magic Hat does want his man, he will surely get the financial support to buy him.

Madjid Bougherra; 33-years old now and out of contract in the summer, the former Rangers defender has issued the obligatory ‘come and get me’ plea. He did it a few years ago under McCoist’s management, claiming he would even play for free. Warburton does need a defender of his age, but one just cannot see him taking Magic up on his offer.

Jason Cummings; This one still will not go away. With Hibs struggling to make the SPL and relying on the lottery of the playoffs, Rod Petrie will have to consider selling the family jewels should they fail, and the Cummings link to Ibrox with claims the player himself wants the move still will not dissipate.

Matthew Knox; After his stunning assist in the recent win for Livi at the Pasta Park, it is not hard to see why Mark Warburton wants the services of this highly-sought after teenager. A reported £75,000 bid was turned down with claims the Almondvale side want double that. This is definitely one Warbs wants over the line.

Greg Stewart; Rangers have been linked with this versatile forward for a good six months now, and there is no reason to believe it is a vacuous story. A former Rangers Academy attacker, the 26-year old striker has been setting the heather alight at Dens Park and the connection with Govan persists. He fits the mould of the kind of player the Magic Hat prefers.

Expect many more of these in the coming weeks and months. Feel free to comment on who you want in, and out, in the usual place.