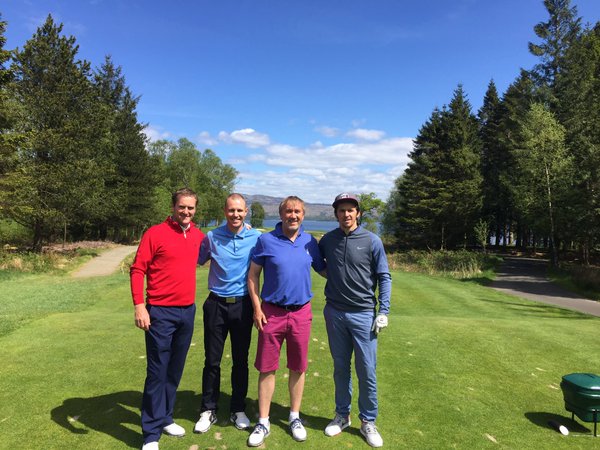 With work in earnest for next season well and truly underway, despite a cup final to win next Saturday, Mark Warburton, Frank McParland and David Weir have been hard at it clinching crucial deals in preparation for a real crack at the Premiership title.

Naturally, the three definite deals concluded already are Accrington Stanley pair Matt Crooks (defensive midfield, centre-back) and Josh Windass (attacking midfield, wing), along with Liverpool’s Jordan Rossiter (centre/defensive midfield). But as all Rangers fans will know, big names have been touted in connection recently, with transfer activity ramping up the biggest notch it has since pre-admin, and as such let us take a look at all the players currently linked along with a ‘likelihood’ rating of it pulling through.

This is the big one. It took everyone by surprise when the ex-Burnley, Man City, Marseille and QPR anchor showed up at Murray Park in the company of David Weir, but the deal to sign the 33-year old is deadly serious. After he posted a photo of a golfing day with Rangers’ striker Kenny Miller on Sunday, rumours surfaced of a two year deal with an option for a third being agreed. Likelihood: Looking good.

Rangers have had a £75,000 bid for the Livi youngster rejected, with reports claiming the Almondvale outfit want double. No wonder – the midfielder has talent in abundance and his assist for Craig Halkett’s winner in the recent clash with Rangers shows the quality this 16-year old has. If Warburton wants him enough, the board will need to double the fee because Livingston have claimed they have no need to sell him. Likelihood: Still possible.

This one surfaced today; a claim of an inquiry for Liverpool striker Ings on a loan basis. Ings, 23, has seen his debut season at Anfield completely destroyed by injury since his move from Burnley, and the England U21 international might actually like the notion of regaining proper match fitness with a loan spell in Scotland. With summer coming, new recruits to arrive in Merseyside and a good relationship building between Jurgen Klopp’s Liverpool regime and Rangers, this one is not impossible, but we will see. Likelihood: probably not but you never know.

The poster on FF who broke the Barton story also claims this one is still a goer. Cummings’ benching against Falkirk was a very odd move for what is effectively Alan Stubbs’ star striker, and his effort from 40 yards in the match which crashed off the crossbar showed a real statement of intent. The rumours linking the attacker with a switch to Rangers have only intensified since Hibs found themselves condemned to a third season in the Championship, and whatever you think of Cummings’ personality, his ability is without doubt. He is better than Scotland’s second tier and would be keen to get out. Likelihood: Maybe.

29-year old Dorrans is yet another attacking midfielder being touted from England to Warburton’s Rangers revolution. Full of experience, the Norwich front man finds himself in England’s Championship with the Canaries’ demotion from the EPL, and at his age is probably considering a return to Scotland following his exit in 2008. Claims from FF are that he has even entered discussions with Rangers, claims originating from that same gentleman with the Barton story. So again, this one could have legs. We will see. Likelihood: possible but not probable.

I jest; but it is far better to be excited about this stuff now than the transfer embargo nightmare of only a couple of years ago.