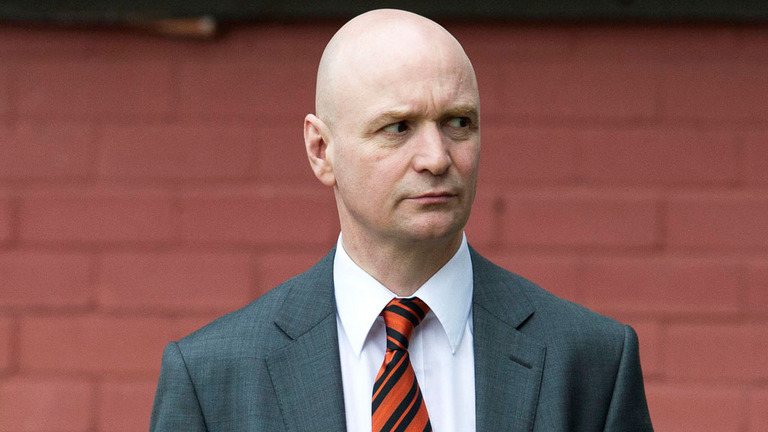 I am not normally one to revel in the negatives of our rivals, for me it is all about The Rangers. Fans can easily be defined as loving their team more than hating their rivals but others take their joy in hating their rivals more so than loving their own team. Thankfully I fall into the former category, but the recent developments are too joyous to go unnoticed on my part.

There are lots of non-Rangers things going on at the moment which fill my heart with joy, and I wouldn’t necessarily use the word karma to describe what is happening, but it most certainly feels like some of Rangers’ biggest enemies are getting their comeuppance just as we are back at the top of Scottish football where we belong.

Where better to begin with this analysis that at Dundee United, a team which has also been a fairly competitive force in the Scottish game but now finds itself in the second tier and on the brink of a collapse as fans have now just about had enough with their club’s ownership. Whilst I do not disproportionately hate any of the clubs who voted against our immediate return to the SPL more than any of the others, it is apparent that Dundee United’s chairman Stephen Thompson has always had it in for us. This is one of the many factors which makes their demise so highly entertaining, a demise whose latest episode is now a 3 point deduction which saw Mr Thompson resign from the SPFL board in disgust. That action seemed a little petulant to me, considering he would have been required to step down from the board once they were in the Championship anyway.

I have always had a soft spot for Newcastle. My Dad was born there and there is so much about the city and football club which epitomises true passion and love for the game of football. However, I was majorly split on this view once Mike Ashley started getting increasingly involved with our very own club. Mr Ashley oversaw the appointment of some shady members to our board, and of course he is in charge of Sports Direct – to whom we are tied to this ridiculously unfair retail deal for at least the next 7 years unless we can battle it in court. It is for the sake of Mike Ashley that I had a little smile to myself when they were relegated last night, thanks to their bitter rivals Sunderland defeating Everton. I have a great deal of empathy for the Newcastle supporters and staff, and they even have some pretty decent players. However, I can’t help but feel Mike Ashley is getting what he deserves. He has tried his best to assert dominance over the running of Rangers, much to the detriment of our commercial power, so the fact that the Newcastle brand should take a hit by dropping out of the Barclay’s Premier League is a small consolation for me.

There have been some gloomy days following Rangers, through no fault of our own, but I firmly believe that we are heading back to the good old days and it just so happens that all of those who kicked us when we were down are on the decline!