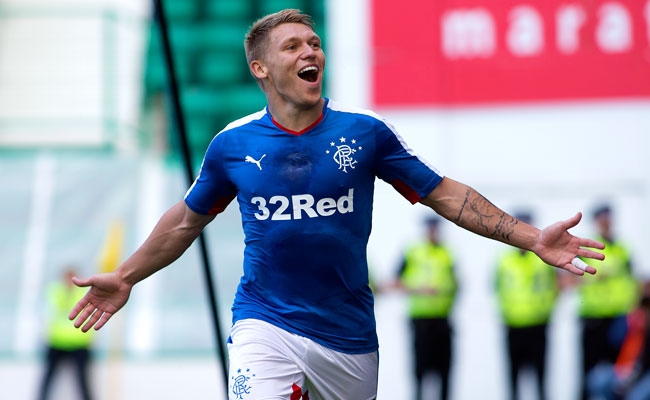 On Saturday 21st of May at Hampden Park we have the chance to win a glorious treble for the first time in years. Obviously it is a different treble than the one we got used to in the golden years of Rangers’ continued successes.

The new treble is the Championship League, the Scottish Professional Football League (SPFL) Challenge Cup or “Petrofac Cup”, which we have already won of course and, now, it is hopefully our time to win the Scottish Cup again against Hibernian. Even if we win the forthcoming Hampden final, it is a treble we will NEVER want to ever win again.

After being out with an injury for several months can Waghorn be 100% matchfit, which let’s be honest, is not the exact same thing as not being injured. A lot may depend on how he performed in the Spurs v Rangers closed door game in London yesterday, as far as his fitness goes. Rangers may play a few other very low key games at Murray Park, to help all the players keep up their match fitness.

The original treble is considered to be the Premier League, the Scottish Cup and the League Cup and it won’t surprise you to know that Rangers hold the record in Scotland for achieving this extremely difficult achievement.

It is worth remembering that it is not that long ago that Walter Smith guided Rangers to three consecutive league titles in 2009, 2010 and 2011. That was also a very welcome treble. During his same spell as manager for the second time at Ibrox, he also won two Scottish Cups and three League Cups and took Rangers to the 2008 Uefa Cup Final which they lost to Zenit St Petersburg 2-0.

Hopefully, we can rub big mouth Stubbs’ nose in it by beating Hibernian and walking away with the Scottish Cup and lots more celebrations which we are all getting so used to now.

Would you start the Cup Final with Martyn Waghorn?