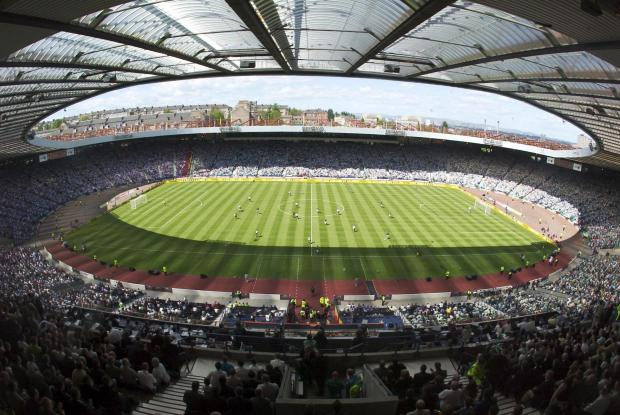 Since the memorable semifinal triumph last month, there is absolutely no doubt Rangers have downed tools. The four matches which followed that stunning win v Celtic were flat, weak, defensively diabolical and not a single win was secured in any of them.

The title party against Alloa was truly feeble, with a miserable display to slightly blot what was an otherwise glorious day in celebrating Rangers’ return to the Premiership. Many fans have played it down, suggesting Rangers will pick it up back up for the cup final, but then the counter argument is to point to English surprise package Leicester and how they strolled their title party against Everton with an easy 3-1 win before lifting the trophy.

Compare that to Rangers failing to overcome already-relegated Alloa on a comparable occasion. I am, of course, not comparing Leicester to Rangers, but just the circumstances – with nothing to play for they still rose to the occasion and delivered a display. Meanwhile Rangers have not delivered anything akin to one since dispatching Celtic.

Manager Mark Warburton will know this. He will know his men have not been at the races since competitive football stopped meaning anything; and as much as many try to disregard the relevance of it, these performances are genuinely worrying in light of facing a Hibs side in around two weeks’ time who will be chomping at the bit to exact revenge on Rangers’ title triumph.

The further worrying notion is that away form has been patchy at best and poor at worst when it comes to facing good sides on our travels. The record is two losses at Falkirk Stadium, two at Easter Road, a scrappy win at Rugby Park and that one outstanding victory v Celtic on penalties.

In all losses, that dodgy defence was cruelly exposed, and one can only hope Warbs has a plan to tighten it up come the 21st.

Before I go on, this article is not meant to be doom and gloom – Rangers are in very good shape with some potentially brilliant signings arriving this summer – with a midfield comprising Matt Crooks, Josh Windass, Jason Holt, and potentially Jordan Rossiter plus others, Rangers’ ranks will not be lacking in quality, especially with the signature of a half-decent centre half.

But in the here and now the form is far from good and to suddenly turn the switch on and be tuned in 100% to the cup final will take some doing.

In Rangers’ defence, however, going into the Hibs win last December 28th, form was also abysmal with only two wins in five leading up to it. But suddenly Rangers showed up v Stubbs’ men and performances returned.

Rangers fans will be hoping that is the case again at the end of the month.