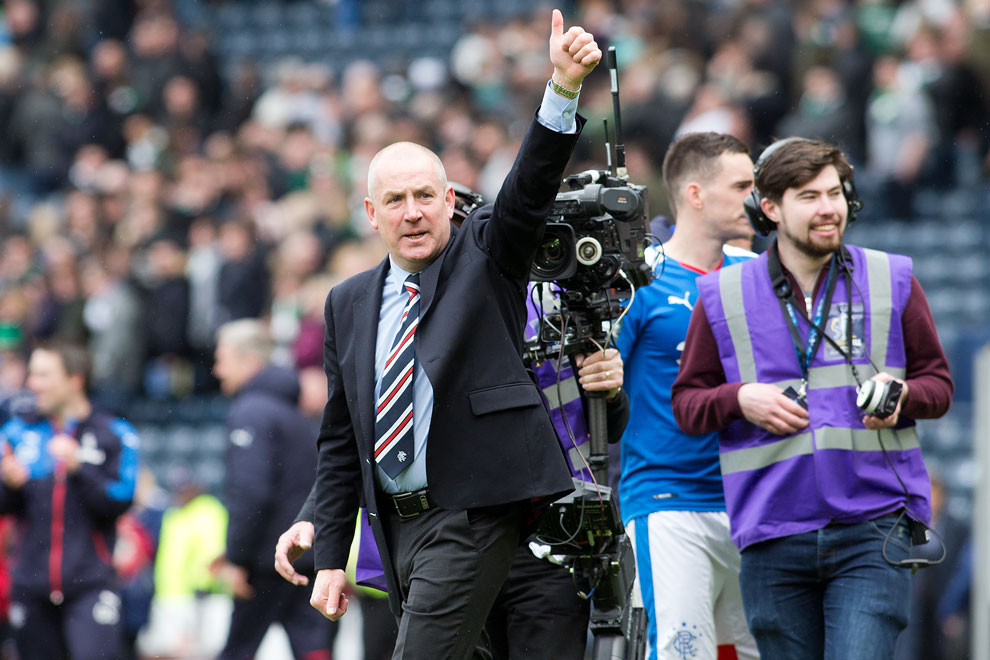 When Rangers lost to St Johnstone on the 22nd of September last year, to describe the general reaction as negative would be the understatement of the year.

It was Mark Warburton’s first foray into competing against a Premiership opponent, and while on the night Rangers were far from abysmal, they were certainly well beaten by a canny opponent highlighting the step up in class needed for the switch to SPL action.

At the time, some fans (not all) questioned the manager’s tactics, selections, quality of the squad, and used that result as a barometer of where Rangers were in the grand scheme of things.

It turned out that losing that evening was the most important result this season.

The old cliché in football is you learn far more in defeat than you do in victory, and if we take the loss to Tommy Wright’s men as an example, this phrase could not be more accurate.

Since that disappointing night at Ibrox, Rangers’ record against Premiership opponents, including supposedly the best team in the country, reads: one draw, three wins.

That is Premiership-winning form right there.

The Magic Hat evidently gained so much experience, knowledge and wisdom from one match and has applied it to every match since – while Rangers have lost some matches, with trips to Easter Road and Falkirk Stadium yielding zero points for Warbs’ men, in the matches which have truly counted on the big stages, Rangers have consistently delivered.

One bad result saw Mark Warburton tweak his setup, make changes, and persist with his overall ethics and system to see off Kilmarnock, Dundee and Celtic. Each match v a Premiership opponent has seen progression – loss to St Johnstone, mediocre draw with Killie, gritty win at Rugby Park, glorious stroll at Ibrox against Dundee then yesterday’s masterful Old Firm win.

If ever Warburton proved the value of his stock, it was this season and how he has learned quickly, incisively, and shown he has what it takes to not only lead Rangers back into the Premiership, but far beyond.

Rangers are now nearly certain of Europa League football next season thanks to Warburton’s ability to adapt and persist – that is an astonishing feat for a side who, less than a year ago, were embarrassed out of the playoffs by a dismal Motherwell.

It is absolutely no wonder Celtic are scared.