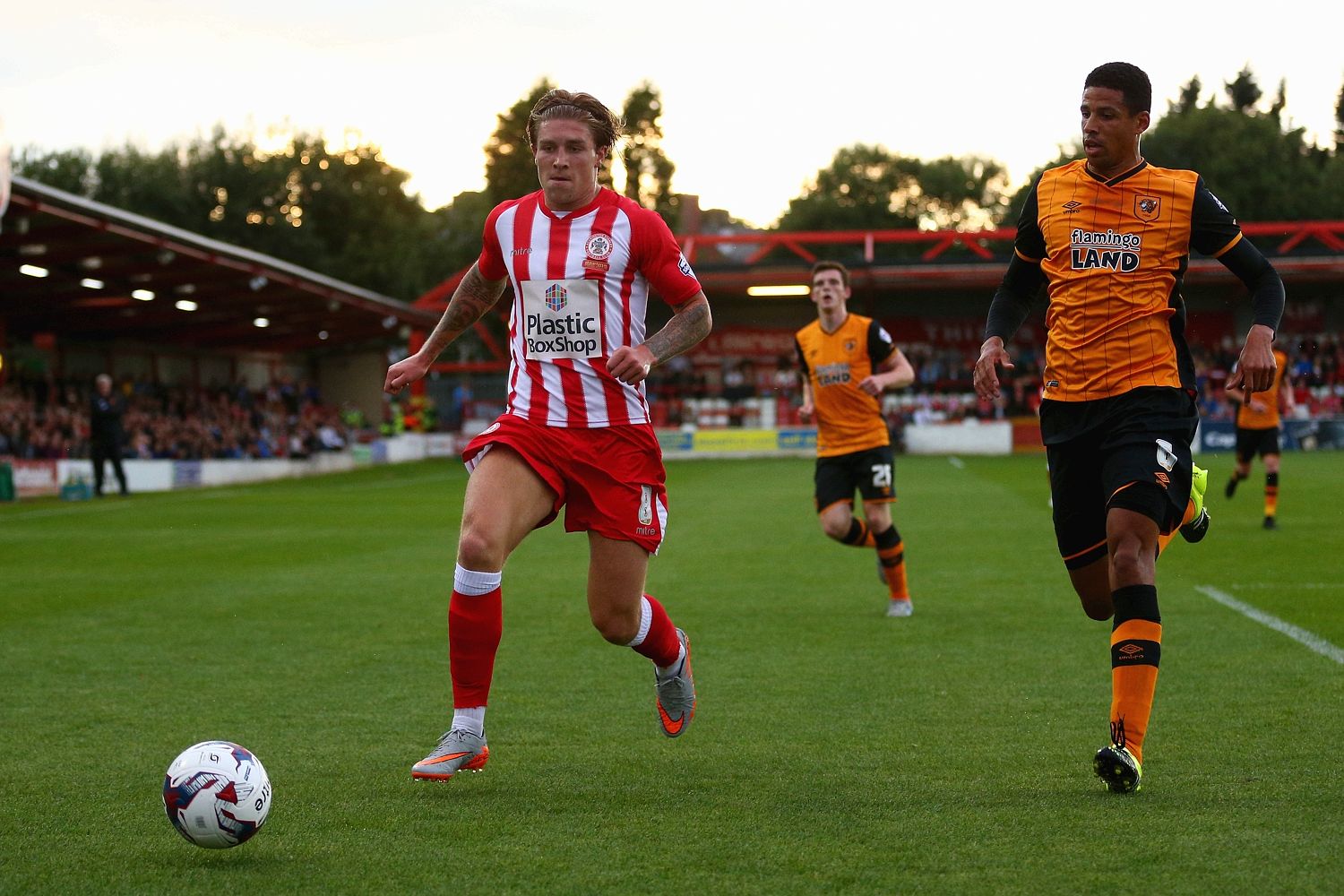 Josh Windass was born in Kingston upon Hull on 29 January 1994 and now aged 22 he has taken up the challenge of playing for Scotland’s most successful team ever, in season 2016-17. Rangers have won a world-record 54 top-league titles in their history and their fans have a fantastic reputation for turning out to watch their team play in huge numbers.

We have the fantastic 51,000-seater Ibrox Stadium, which was a five-star UEFA rated football playing arena (till the rating system was abolished 10 years ago) in Glasgow, in the heart of Scottish football, where the atmosphere is second to none. The players love playing every other week at such a special place.

Our training facilities at Murray Park in the north of Glasgow were built in July 2001 at a cost of £14m. It has six full size and two half size pitches to choose from, and they also have a half indoor playing field to train in inclement weather. When international and Champions League teams come to play in Glasgow, they prepare for their games at Murray Park, as it has all the amenities that successful teams insist upon.

The Rangers fans really back the team to the hilt as long as our players are all giving their best efforts. It is also fair to say that they are not the easiest of fans to please in the world. If we sign a disappointing player by mistake, the fans can easily spot him and recognise the failings and they are not slow to show their feelings. We are amongst the most passionate fans ever, and we sing our way through most games and the players that are performing to their ability absolutely adore and rave about playing for us.

Rangers fans are used to watching quality players throughout the team and they love players who have real talent and can play for the jersey. It is considered to be a real privilege for anybody to get the chance to play for the team and the honour of wearing the colours of Rangers F C.

Ergo, when you look at all that, it seems Josh had no hesitation to sign for Rangers F C and test himself in the Scottish Premier League next year. He was head hunted by our very astute scouting team who recognised his obvious talents and knew he could help to improve the team.

Josh, the young 19-year-old had been playing non-league football with Harrogate Railway when he was discovered by Accrington Stanley and they signed him on a two-year contract in the summer of 2014.

Once he found his form towards the end of the 2014-15 campaign, when he scored six goals in 14 games after slotting home his debut goal against Burton in February in a 1-0 win. Manager John Coleman believed Josh Windass would be Stanley’s first million-pound player.

In season 2014-15, Josh played in 40 games for Accrington Stanley and scored 6 goals from his midfield position and in season 2015-16, in November 2015, Josh turned down a new contract offer from the club on the advice of his famous footballer father, Dean Windass of Hull City and others. Josh has played in 30 games for Accrington Stanley so far this season, and has scored a very respectable 14 goals and from a midfield player, that is a remarkable amount.

I for one, am looking forward enormously to seeing him strut his stuff in a Rangers jersey next season.