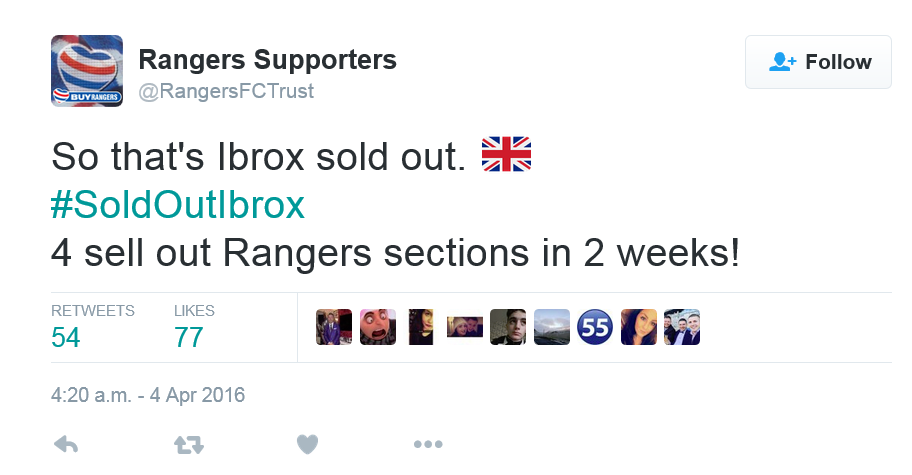 It has been confirmed via various sources online that tomorrow’s (surely) Championship-winning clash with third-bottom Dumbarton is now a complete sell out with every home seat expected to be filled for the day Rangers finally seal promotion to the Premiership.

According the RST’s official Twitter account, around 50,000 Bears will pack Ibrox tomorrow night to see Mark Warburton’s men clinch the title with several weeks still remaining on the season’s schedule.

It is a far cry from last season where Stuart McCall’s side failed to even finish runners up, and now allows Rangers’ management to concentrate on building for next season, where today the gaffer confirmed Harry Forrester’s new deal is nearly complete, and that he will also be prioritising defensive midfield as a key position required for the assault on the Premiership next season.

It now seems that Rangers are formally 90 minutes away from the title, and a packed Ibrox will witness it.