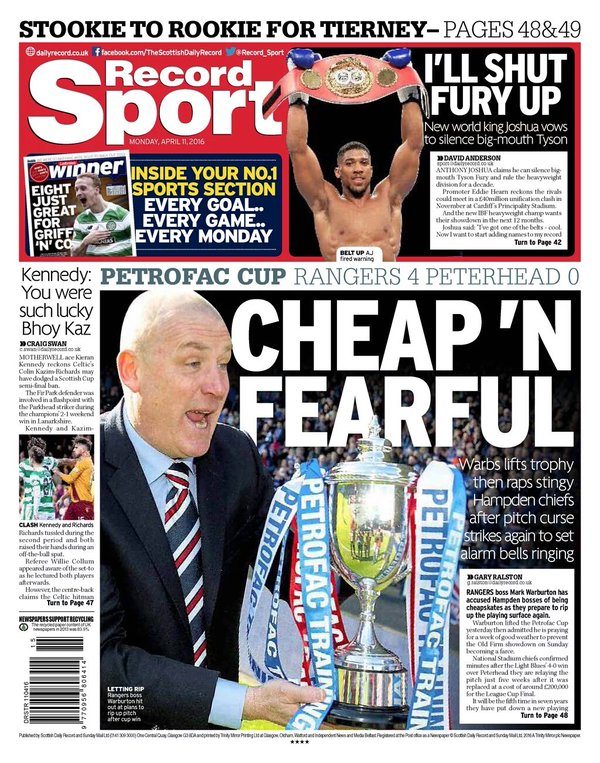 Unless you were on a different planet yesterday, you, like all Bears, will be only too aware of Rangers’ wonderful Petrofac Cup triumph, setting a historical record to seize a chance at a unique treble which will probably never be repeated by any club, and which Rangers were, naturally, the first team in Scotland to have an opportunity at.

This incredible occasion at Hampden was summed up by a staggering 46,000+ Rangers fans travelling to Mount Florida in what was quite simply a home match for the Govan giants, setting the scene of saturated red, white, and blue throughout the stands.

4-0 at full time including a Goal of the Season contender by James Tavernier when the right back produced a quite mesmerising volley off Kenny Miller’s flick assist to rocket the ball into the top corner from 25 yards.

In other words, another memorable, glorious day for the Rangers which sealed Mark Warburton’s second career managerial trophy in five days following the Championship triumph on Tuesday. 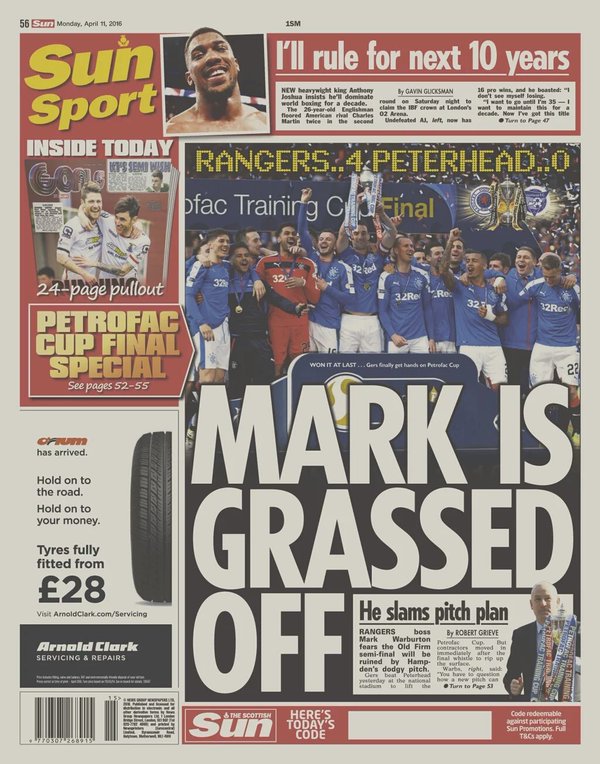 This is all the main two newspaper outlets in Scotland were interested in – using Warburton’s justified concerns about the pitch as a negative; instead of focusing on a truly outstanding success for Rangers, once again the usual suspects twisted the afternoon’s achievements and used Rangers to sell papers.

It defies belief, and begs the question of why any Rangers fan would support either publication in any way. Their club splashed all over the front cover in a completely negative fashion on the day after its first cup trophy in years.

There is little more requiring said. Make up your own minds.