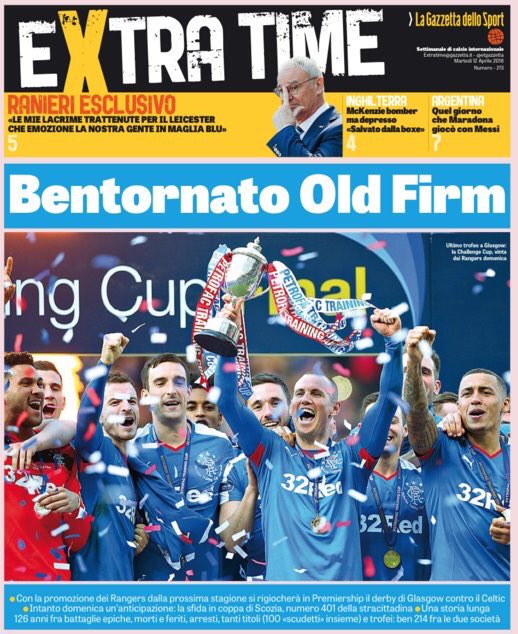 In a further display of Rangers’ importance throughout the football world, Italian media giants La Gazzetta dello Sport have run a massive feature on the return of Rangers to the top flight and have welcomed back the Old Firm to the football calendar.

The publication, arguably Italy’s biggest sports outlet, is globally well-known and its views and content widely held as gospel throughout the sporting world, particularly in Italy, and them taking time out from domestic affairs to focus exclusively on Rangers and the return of the Old Firm is further evidence of the global interest Rangers’ return to the top flight has generated.

They are far from alone – hundreds of international sources have fixated on the story, much to the amusing chagrin of the ‘other team’ involved in an Old Firm fixture, and the cover photo itself is of Rangers rather than anyone else.

When Serie A takes a back seat for the return of the Rangers, you know it is a big deal.