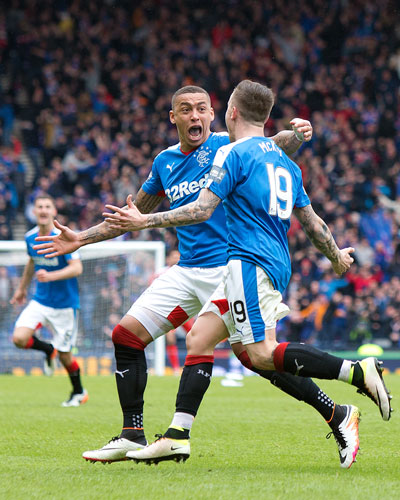 Born in Bradford, West Yorkshire, James Tavernier joined Leeds United’s youth system at nine and played most of his games in a midfield role between 2001-2008.

James moved to Newcastle in 2008 and made the first team in season 2009 and stayed until 2011 before going on loan to Gateshead where his manager Ian Bogie predicted a big future in the game.

On 11 August 2011, Tavernier joined Carlisle on an initial one-month loan that was extended to mid-November. His manager Greg Abbott was impressed by Tavernier, but he went back to Newcastle before going out on loan to Sheffield Wednesday for a three month spell. In January 2012, he joined MK Dons on loan until the end of the season. His loan spell was cut short after he was recalled by Newcastle due to injuries to first-team defenders.

He made his European debut on 23 August 2012, playing the entirety of Newcastle’s 1–1 draw at Atromitos, in a Europa League game. He totalled seven appearances for the team across four competitions that season, making his Premier League debut on 29 September, coming on for Steven Taylor in a 2-2 away game at Reading.

Tavernier joined Shrewsbury Town on 26 July 2013 on an initial month-long loan, but was forced back to Newcastle early having aggravated a pre-existing metatarsal injury.

James joined Rotherham on 28 November 2013 on a short-term emergency loan deal. Two days later on his debut at the New York Stadium, he scored his first career goal in a 4–1 win over Gillingham. He scored five goals in 27 games (all starts) including both on 29 March 2014 in a 2–1 win over Bristol City. Tavernier won promotion to the Championship with Rotherham, beating Leyton Orient on penalties in the play-off final at Wembley Stadium on 25 May.

He signed for Wigan for an undisclosed fee on 28 June 2014. He made his Championship debut on 9 August, against Reading at the DW Stadium in the first game of the season. Tavernier signed for Bristol City on loan on 15 January 2015 for the remainder of the season. He scored three times in 12 games for them.

On 20 July 2015, Tavernier signed from Wigan to Rangers for only £200,000 on a three-year contract. It wasn’t long before he became a huge fan favourite. He scored the only goal of the game against Dumbarton to win the Championship for Rangers last Tuesday night at Ibrox and he followed it up with a world class striker-style goal in the Challenge Cup Final at Hampden Park last Sunday.

So far James has scored 11 goals this season (so far), and for a right back that is a stupendous amount. He was another vital cog in yesterday’s epic victory over ‘them’ and signs are good that the Blue Cafu can be a major player in Rangers’ assault on next season’s Premiership title.