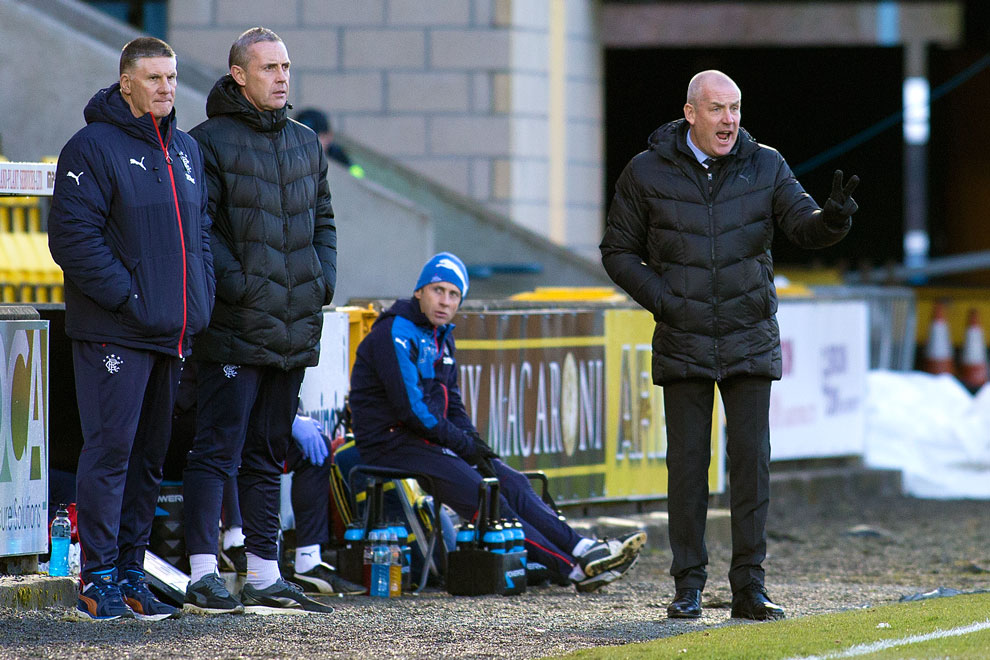 With just over three weeks to go till the Scottish Cup Final, Rangers had expected to approach the national game’s showpiece event in buoyed mood with the league sown up, the Petrofac Cup already clinched and of course that mammoth cup win over Celtic.

Instead, form since that Hampden semi final has been alarming at best and absolutely pitiful at worst; the loss at Easter Road was dismissed understandably as a hangover from the huge efforts in Mount Florida, but the two results which followed against the division’s worst two sides gave serious cause for concern. A dismal draw at Ibrox against long-time bogey side Alloa who sit proudly at the bottom of the table having already been relegated to League 1, and then Tuesday’s atrocity – losing at the Toni Macaroni Arena (of all places) to the truly horrific Livingston.

It is worth pointing out this is not a ‘wur doomed’ analysis, but calling a ‘calling it like it is’ one instead: Rangers have been worse than terrible since they outplayed Celtic in Glasgow’s south side. The defence has conceded five goals in three matches, and if not for ‘keeper Wes Foderingham, would have shipped many more besides.

And even more worryingly, preceding last Sunday week’s wonderful win, the Ibrox men had a run of three matches in a row where three goals were conceded each.

There is a massively soft centre with Mark Warburton’s men right now, and it is evident the spine needs serious TLC. Going into a cup final suffering this form is truly red flag material, and it is with a slight hint of desperation that fans are eagerly anticipating a return to form at St Mirren Stadium on Sunday – for arriving at SFA HQ next month on the back of the kind of form we have witnessed the past few matches would be extremely bad preparation indeed.

This is not to say the achievements of the past three weeks have suddenly been discarded; as the opening to this article mentioned, lest we forget, The Magic Hat’s men nailed the league, cup and Celtic all within 12 days. It is just the utterly incomprehensible slump that has followed which raises more than a question or two.

Many argue that Rangers are in first gear during unimportant matches and they will be up for it come the final; but others counter that saying that with the nature of downing tools so dramatically after such a high, it is very difficult to pick them back up for a massive occasion. Indeed, many point to the 93/94 season as an example – Rangers had a Scottish Cup final v Dundee Utd, but downed tools dramatically in the league having already won it, and lost two of the last three, drawing one, before losing to the Arabs in the final. Sound familiar?

It is a real concern that the side is currently in such disappointing form, with very few players looking ‘at it’ right now; the likes of Halliday, Wilson, Kiernan, and O’Halloran especially look distinctly off the pace and in dire need of a holiday.

Rangers have a closed-door friendly with English giants Tottenham Hotspur later next month in preparation for the final, a clash which probably formed parts of the Oduwa and Ball loan deals. This is hopefully a chance for Warbs to iron out the bugs and gets his machine firing again.

Because as it presently stands, with this form, Rangers would stand no chance of winning the cup.