Home Rangers The “Rangers Five” surely headed for the exit 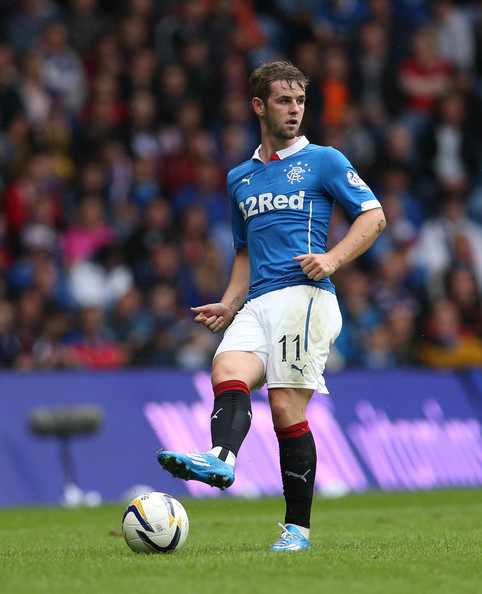 Season 2015/2016 saw a great number of standout performances. From the early-season form of the marauding James Tavernier, to the growing importance and eventual indispensability of Jason Holt and Kenny Miller, to the leadership by example of Rangers’ Player of the Year favourite and captain Lee Wallace, there was an embarrassment of choice when it comes to naming the best performers in Mark Warburton’s squad.

There were those, however, who stood out less, and it seems their time at Ibrox draws to a close, with four of the five out of contract this summer.

It seems certain that Nicky Law, Nicky Clark, Dean Shiels, David Templeton and Cammy Bell are surplus to Warbs’ plans, and none will be offered a new deal this June. Bell, of course, is contracted till summer 2017 so his departure would be down to mutual consent or an outright sale.

It is no coincidence that the above players were either benched or completely absent under the Magic Hat – the dregs of the McCoist era barely getting a look in. Despite almost certainly giving the Laws and Clarks a clean slate and clear chance to impress, Warburton evidently has not been won over by any of them and they remained as squad fodder and little more.

Former Killie stopper Bell would have thought his time up when Polish goalie Maciej Gostomski arrived – but claims of attitude problems from the former Lech Poznan stopper and vague rhetoric from Warbs about a family problem and he was gone two months later. Warburton takes no nonsense from anyone. Consequently Cammy has filled the bench, but it is hard to see his manager wishing to retain him for next season.

Law has flirted with form but just cannot force his way into Warbs’ thinking – inconsistency dogs the former Motherwell playmaker, along with his dire first two years at Ibrox, and whatever he does he will never be a favourite under this regime. Which is not entirely incomprehensible given the immaculate Jason Holt is ahead of him. He has been linked away many times, and a new deal is immensely unlikely this summer.

Clark has had three years under four managers to prove he is a striker worthy of the Rangers shirt and just has not managed it. He has curiously managed quite a few very decent goals, but technically his general game is that of a League 1 player, and it seems he will move on in a few months too.

Templeton will remain the most frustrating signature of the McCoist era. All the potential in the world but came nowhere near close to fulfilling it – he did take a gamble going to the Third Division from the-then SPL, but he never found the Hearts form which made him look like a future Scotland cap. Injuries did not help, and he found himself on the treatment table far too often, but he is another Warburton is extremely unlikely to offer a new deal to. Although, as we know, Warbs loves himself a winger so it is not impossible.

Last but not least is Shiels; another one who has not managed to convince a single manager at Ibrox that he was worthy of an extended run in the first team, and his time is surely nearly up. His attitude never lacked at Ibrox, and he always gave his all, but with age against him you really cannot see Warbs wanting to retain his services. As an over-30, he will not want to remain on the bench for the rest of his career either.

With the two from Accrington Stanley coming in, plus Warbs confirming a central defender is a priority, and adding that another two will be targeted on top of this, there will be extremely constructive tweaking this summer. Out go the last remnants of the previous eras, and in will come more in Warburton’s image.

Rangers are going in the right direction; the squad just needs a little lick and polish to get there.