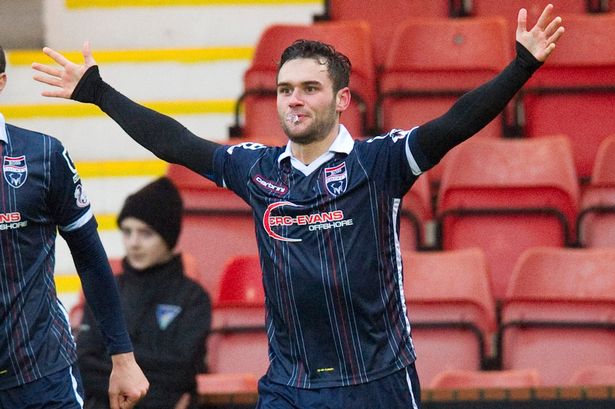 The front man, who scored the winner for Ross County against Hibernian last weekend, comes from a well-bred stable of football education via the ranks of the Dutch Eredivise and sides like Breda and PSV, before finding himself settled this season in the Scottish Highlands with County.

The attacker is said to be attracting interest from various sides both north and south of the border, with Rangers supposedly in the queue, but famously said last month that Scotland is an effective wasteland of football and that teams ‘blindly’ hit the ball upfield with no thought for tactics – he is certainly not wrong there, but would find himself at home with Mark Warburton’s stubborn insistence for tactical football on the deck, should The Magic Hat be interested in acquiring his services.

The relative youngster is not County’s first-choice striker, but with Rangers certainly on the lookout for promising talent that fits with Warbs’ ethos, Schalk might just be one he and chief scout Frank McParland have their eyes on.