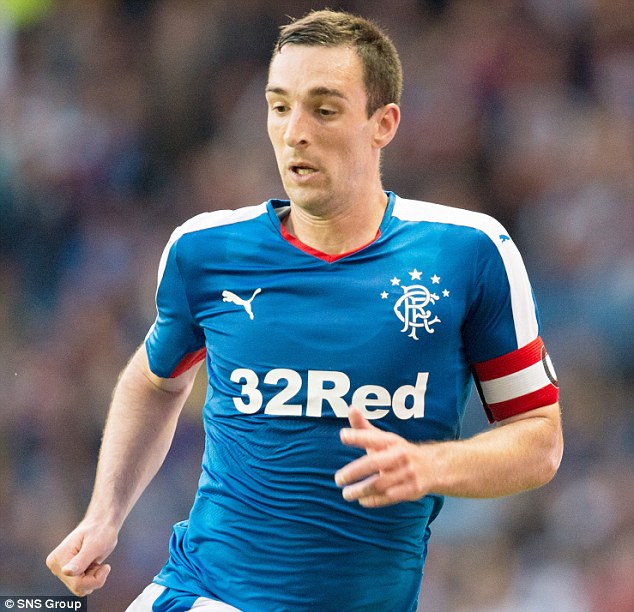 Rangers’ captain Lee Wallace has today confirmed a complete lack of regret over his decision to both stay with Rangers in the bowels of the Scottish game, and to effectively sacrifice his Scotland career.

Wallace gained icon status, and, eventually, a well-earned captaincy for his choice to stay loyal to Rangers while others jumped ship as quick as they possibly could following Rangers’ troubles in 2012, but Wallace gave the best years of his career to the Ibrox cause instead, and admits he is a Ranger through and through, famously saying recently:

Speaking today to the official site, the captain admitted Rangers are ‘his club’:

“This is the club that I love and the club that I wanted to go on and do ever so well for. The fact is I came to this club to be a winner and to be successful – and I said that in my first press conference.”

He also wants to be viewed in the future by new players in the way he viewed the likes of David Weir and Carlos Bocanegra when he joined:

“I arrived into a dressing room full of winners, and in five or six years’ time if a new player comes in and says the same, but with me being one of those winners then, of course, I will be over the moon.”

But crucially his modesty continues to be admirable, despite what he arguably gave up to stay in Govan in 2012:

“I don’t want personal praise or to act the hero in terms of what we’ve done over the last few years.”

Despite the fact he deserves every inch of it.