Home Rangers Why we may not see Law, Shiels or Clark beyond June 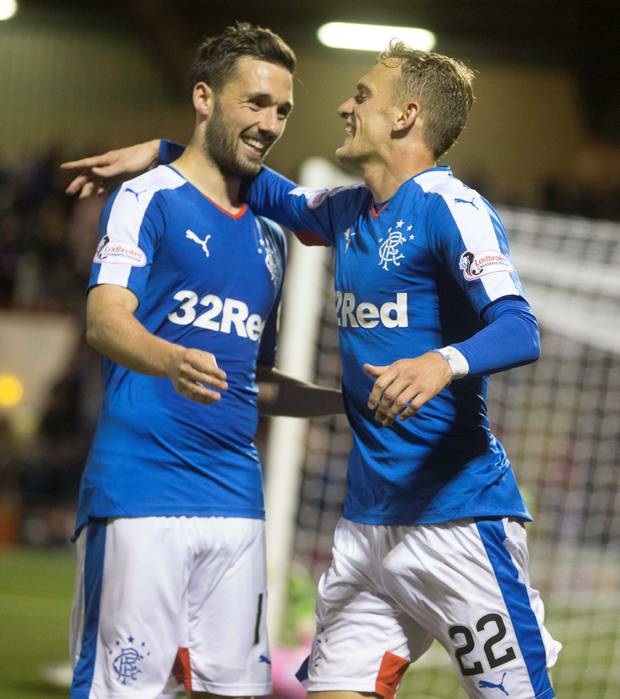 After manager Mark Warburton declared recently that the futures of forward Dean Shiels, striker Nicky Clark and midfielder playmaker Nicky Law were a “big decision”, it bode poorly for the trio’s chances of remaining at Ibrox beyond this summer.

Only too quick to reward veteran striker Kenny Miller an extension as long ago as November, Warburton is becoming legendary for his refusal to hang around over footballing matters (where he can help it anyway), and as such his stance of more or less doing exactly that regarding giving any of those three a further deal beyond June suggests he may have already made up his mind over the situation.

In the case of Nicky Clark, while few fans have a bad word to say about the lad’s character on the pitch (which has been pretty exemplary), there is absolutely no doubt he just is not the level of quality or mental strength required to hack it at Ibrox. While capable of some paradoxically fine goals, he nevertheless lacks technical ability and general composure, with an often wayward first touch.

He has never given less than 100% in the Light Blue shirt, but then, neither would you or I, and we do not deserve to play for the team on passion barometers alone.

It says a lot that since joining, under four different managers, including one reasonable one and one outstanding one, the overall decision to leave him generally on the bench has always been universal among them.

We would wish him well if he leaves, but few would miss him. That said, he does still remain a decent option off the bench but absolutely no more, and the general consensus is that he probably is not content with a supporting role in Govan.

As for Law and Shiels? This is where things get more contentious. Law has really come onto a game since his return from injury v Falkirk, and while he still remains on the bench now and then, he also starts a fair few too these days. Fans are thoroughly divided on his contribution, with many dismissing him (rightly or wrongly) while also pointing to the two years of dross he delivered under previous management.

But one cannot escape that niggly feeling he just never will be a Warburton favourite, with some recent selections favouring Gedion Zelalem.

And then we come to Deano. A bench bit-part player since he arrived at Ibrox, like Clark he has never asserted himself permanently on the first team, and is Rangers’ most used sub this season under Warbs. Widely considered an ‘impact’ player, Shiels often gives a fair bit when he comes on, but usually lacks greatly when he starts; whether the former Killie man is content with this is less known.

But either way, for all three, whatever my (or anyone else’s) opinions of them may be, it boils down to what our manager thinks.

And his procrastination over giving them respective new deals probably reveals his decision.