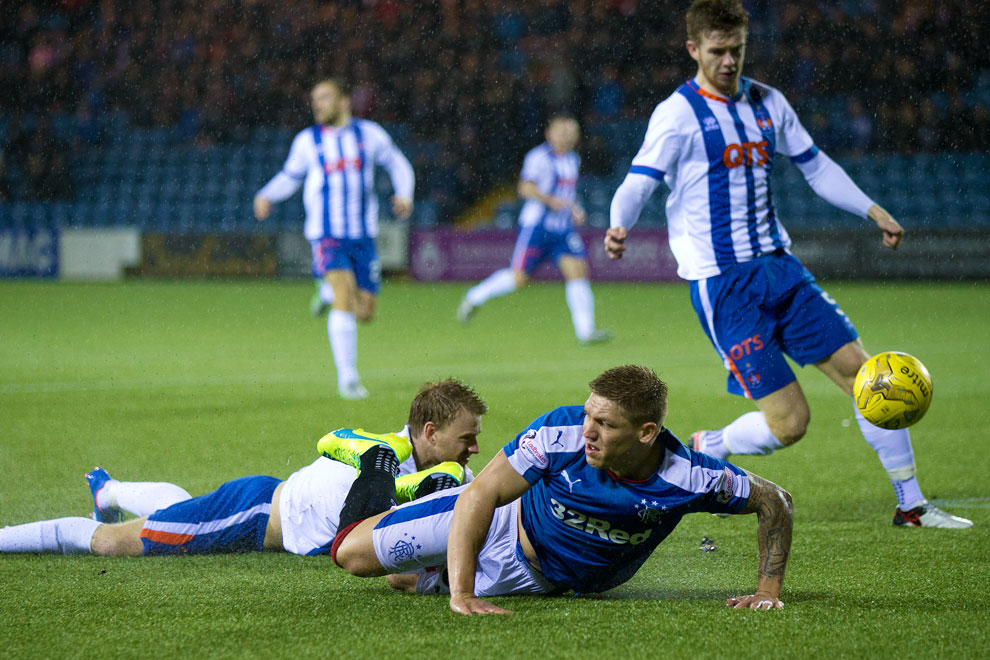 Let us face it; regardless of the circumstances, losing Martyn Waghorn was a blow. The colossal striker has contributed circa 30 goals this season and despite widespread claims that he needed a rest, losing arguably your most important forward is going to affect any team, form irrelevant.

From team mate morale, to the player’s reputation itself giving fear to opponents, a team is inherently weakened when losing a marquee asset like Waggy.

However, in this case there is something of a contingency plan. A plan B if you like. During the January transfer window, despite Rangers having Barrie McKay, Martyn Waghorn, Nathan Oduwa (initially), Kenny Miller, Nicky Clark and Ryan Hardie (again, initially), manager Mark Warburton still insisted on bringing more forwards in.

Harry Forrester, Billy King and Michael O’Halloran made their way to the Marble Staircase while Oduwa then eventually Hardie went in the other direction – but ultimately it leaves Rangers, fitness not withstanding, with seven forwards.

In short, if Rangers do not have the resources to cover Waghorn’s absence, something is badly wrong. Intentionally or not, Warbs has provided the necessary resources to sustain a fully-functioning attack in the event of one of the established trio’s vacancy.

Of course, Waghorn’s 30 goals will be missed – that sort of contribution being removed does leave a big hole. It would be flippant to dismiss his spell on the sidelines as irrelevant. But facts are that a front three of McKay, Miller and King or Forrester, Clark and O’Halloran or indeed any combination three of the remaining forwards absolutely should be enough to fill the void.

Quite honestly, a McKay, O’Halloran and King trinity would in itself be rather mouthwatering.

Obviously the cup-tied nature of King and O’Halloran has not been forgotten, but any three of Forrester, Miller, Clark and McKay is still more than reasonable and Warbs knew King and MOH would be unavailable for the cup.

League at least, Rangers have the resources to make Waggy’s time out seem a lot less important – anything in the cup is a bonus but that is slightly moot as fit or not, Waghorn’s presence has no bearing on whether King and MOH are available.

Rangers travel to an old friend on Sunday in Palmerston Park – buoyed by that win on Tuesday, a sense of confidence should be tentatively coursing through the players’ veins – and with the resources Rangers have up front, Waghorn’s absence really should not impede the side too dramatically.