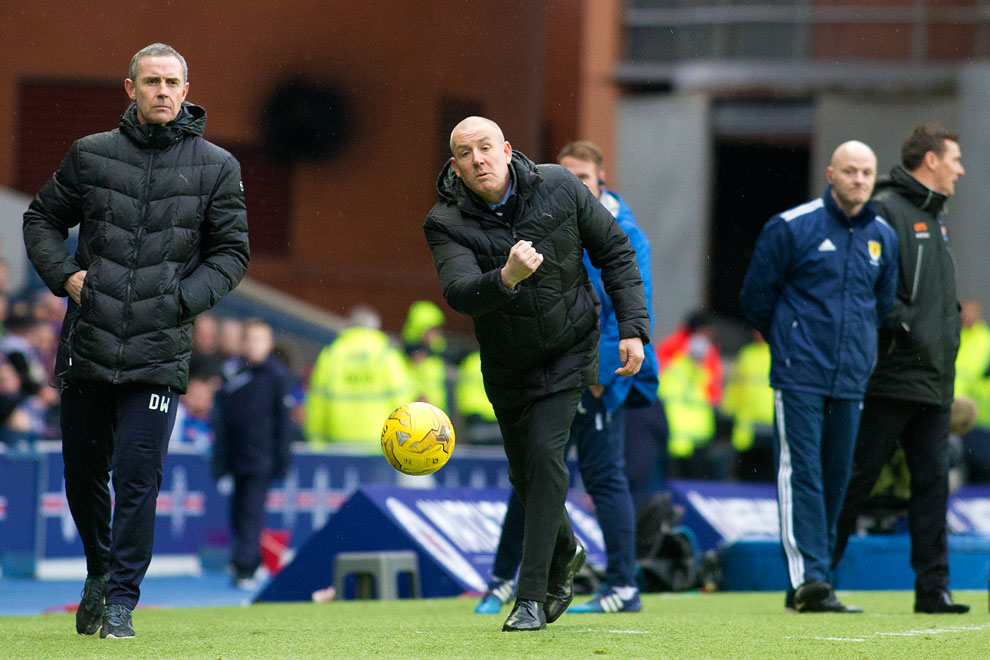 Today’s performance and 0-0 result are really rather hard to call. While a great number of fans have taken to social media to voice displeasure over the inability of Warburton’s Rangers to put Kilmarnock away, others have taken a slightly more philosophical stance on the display.

The facts are that Rangers completely dominated possession, even if use of the ball was often poor. They peppered Jamie MacDonald’s goal with plenty of shots, and it did take a few more than decent saves plus luck from the woodwork to keep the home side at bay.

And there is absolutely no denying Killie are a hopeless outfit, with clear evidence why they languish second bottom of the SPL.

But the reality is that the last two times Rangers have faced SPL opponents they have conceded 3 goals each time – including, as mentioned in a previous entry, against a hideous Motherwell team.

There is progress here, even if today’s result was not ideal.

The further key points which stand out, both good and bad:

This was the first time this season Rangers have failed to score a goal. It took seven months or so for any opponent to completely shut Warbs’ men out. In the grand scheme of things, that is impressive.

The midfield, when Holt is absent, simply cannot function with any pace or incision. Holt injects energy, quality and thrust, not to mention attacking support, and his absence really hurts Rangers.

Martyn Waghorn is running on fumes and needs a break. He has gone four matches without a goal, and looks tired. This is no criticism of the former Wigan man, it is just a fact – and he needs to sit a match or two out to regain some energy. His touch at the end summed up his current plight.

Rangers properly matched an SPL opponent – in truth they deserved to win, but profligate finishing and bad luck prevented that. This is not especially complimentary though given how utterly poor Killie clearly are.

Rangers’ attacking form is clearly not great right now – four goals in four matches compared with 15 in the previous three.

Rangers’ defensive form is far, far tighter than it has been all season. Four shutouts in a row, and five in the past seven matches are testament to how the Kiernan and Wilson partnership is really starting to click. This is an aspect easily forgotten by some.

It is hard to draw any serious overall conclusions; this Rangers in the SPL could well struggle for goals, if not for possession; or it could find itself putting away all the chances it has at that level. Hard to judge based on two cup matches under Warbs.

But regardless of your overall feelings, today’s display and result are certainly food for a great deal of thought.