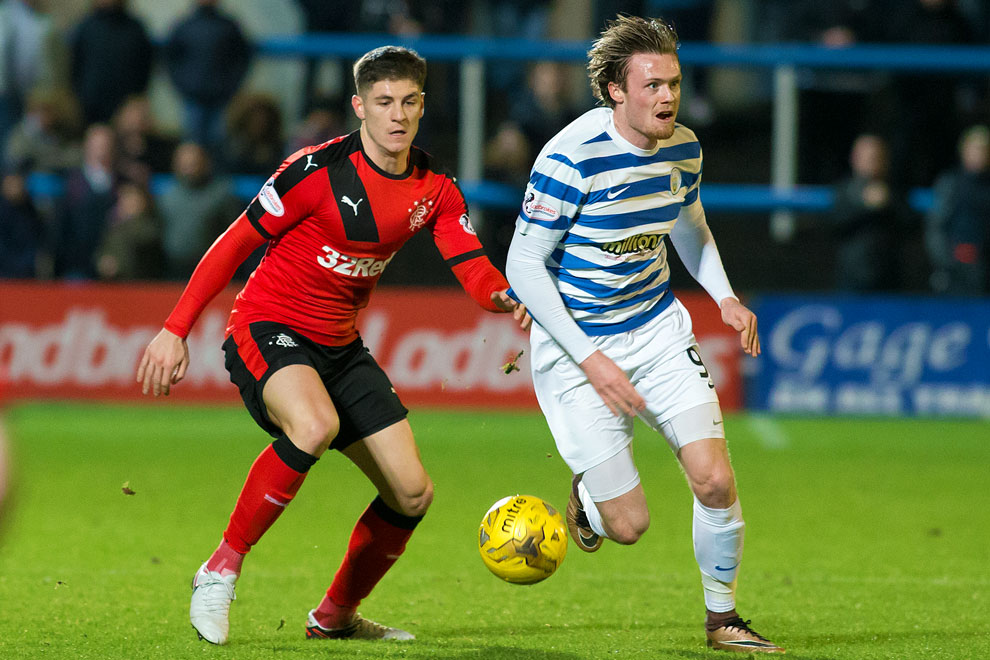 No one would deny the arrival of Wigan’s Rob Kiernan was not exactly greeted with any great enthusiasm. It was bright and inspiring to see ‘players’ coming in, of course, but, with all due respect to him specifically, before his entrance at the Marble Staircase, few Bears even knew who he was.

All that was really known was that like the rest of the market new manager Mark Warburton was plundering, Kiernan was a seasoned Championship and English League One veteran.

From the age of 18 onwards, the stopper had had a nomadic loan career with no fewer than 11 clubs employing his services by the time he joined Rangers, making it 12 in total.

And, in truth, his first month or two did not see much for fans to be truly impressed by – reasonable, but not quite in full concert with his team mates and a little shaky at times. Strong aerially and good at brute force defending, but lacking composure, distribution and even some positional sense, Kiernan had not truly won the fans over, and even as recently as a week ago I assessed his overall season thus far as a solid 7/10.

But since the Falkirk and Raith matches, Kiernan just seems to have absolutely clicked. Whatever he was missing to look truly the part is there now, and the 25-year old is one of the first names on the team sheet.

Especially in recent times there is something suddenly very assured about Kiernan – on top of his power and presence at the back, is a growing leadership within him where he appears to be completely at ease with his new club, knowing it is a permanent deal and he will be at Ibrox at least until 2017.

It seems to have let him settle in and allow him to work on the weaknesses in his game, phasing them out.

His positional sense against Falkirk and Raith really did look very impressive indeed, and while his partner Danny Wilson struggled in the first half v the Bairns, Kiernan’s composure stood out starkly by comparison. He thinks with confidence about what he is going to do now rather than the slightly nervous use of the ball he suffered early on at Ibrox.

He is also not afraid to get hurt, and there is no denying he is now firmly Rangers’ first-choice defender.

Danny Wilson flirts with good form now and then, but needs consistency. Kiernan has clearly achieved that in his game now, and when I said before that he probably was not good enough for the SPL, I may be willing to shift my stance on that one.

Not necessarily a title-winning Rangers, of course, but he, like many of the rest of the squad, are starting to look like they could cope with the step up.

Either way though, Kiernan just needed time – and he got it. Now he is flourishing and the defence is far better for it.