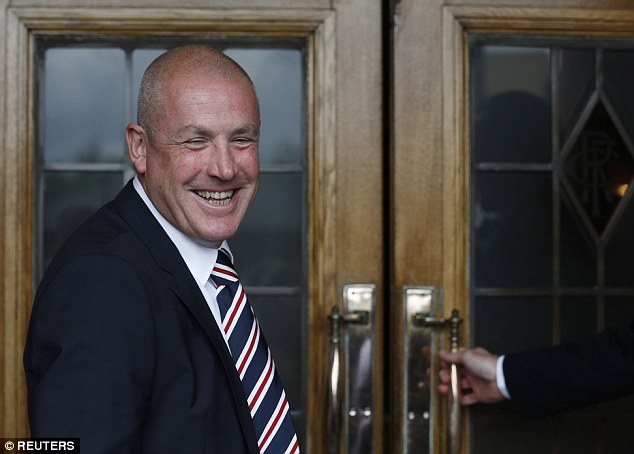 If ever Rangers had incentive to keep driving home the wins, gritty or otherwise, tonight was it.

Warburton’s men’s closest rivals, Hibernian, used their game in hand to capitulate wildly at Easter Road this evening, crumbling 0-3 to the side from Greenock who not only strolled to that comfortable scoreline in Edinburgh, but mostly matched their hosts for possession as well.

It is a stunning result which sustains Rangers’ comfortable lead of eight points at the summit of the Championship, and summed up Stubbs’ side’s propensity for ‘bottling’ big moments, a characteristic which summed up their absolute humbling against then-Accies’ manager Alex Neil’s Hamilton side who found themselves benefitting from Terry Butcher’s men’s failure to impose themselves when it counted most.

Not only did Morton tonight match Hibs for possession, they mostly matched them for shots too, and this was no ‘classic away mugging’ – this was a firmly-deserved victory.

Rangers have real daylight now – and while this site highlighted how tough the upcoming period of fixtures are, Stubbs’ side have giftwrapped the Championship title to The Magic Hat’s men now, and it is up to Govan’s finest to receive that gift and use it wisely.

Hibs have failed. Again. For all their bluster, for all their trash-talking about this and that, it is Rangers’ title to lose, and Rangers must grasp that opportunity with both hands and deliver.

Eight points. It is quite a gap, and after four morale-crushing years in the wilderness, the Premiership is now truly within Rangers’ grasp. It is closer now than it has ever been.

Time to take that step.