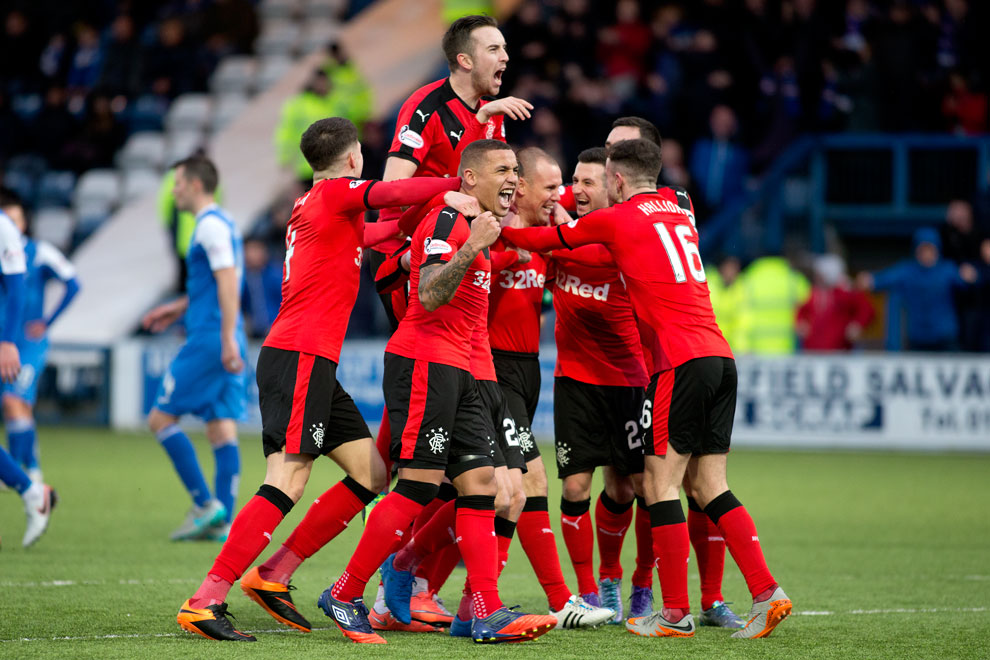 Despite being buoyed by a maiden victory against Premiership opposition, Mark Warburton’s Rangers side have undeniably been in a form slump of late.

Ever since taking three points in a bit of a slog out at Cappielow, Rangers have continued to dip well below their best of late December and January, with the usual glut of possession being enjoyed but accompanied by a rather powderpuff attack.

However, during this period, only two points have actually been dropped – yes, there was the cup draw v Killie as well, but in terms of genuinely damaging results, just that one concession at Alloa last week has really impacted the club.

Goals have been thin on the ground, yes, but the most morale-busting sight for Alan Stubbs and his men has been seeing a below-par Rangers continue to grind out results when performances have been less than the side is capable of.

It is something of a dichotomy, true, that while points continue to roll in and a comfortable eight-point lead at the top of the table is worth applauding, the fare on the pitch, while not dire, has been well below what Rangers fans and Mark Warburton would expect.

This is both comforting and alarming. It is alarming on a level that Warbs’ men are now deep into their second form slump of the season, which sees much more stressful matches at a time where some slick displays and results would be a heck of a tranquiliser. It also does beg the question of exactly how good this squad truly is and how it would cope up in the Premiership. However, the flip side shows a side which has learned to win. An ability to grind out results when the football has been less than spectacular, and that kind of quality is very Rangers-esque. Very…dare I say, Walter Smith-esque?

It is bringing home the bacon at a time when the farm is not truly bearing a lot of meat, so for Rangers to keep slogging away is a testament to the will to win this side is beginning to learn.

Naturally, of course, the football itself is a tad worrying. A number of players do appear to be struggling just a mite, with James Tavernier a particular example; the right back is not helped by a complete absence of competition for his position, so, arguably, the former Wigan man does not feel alarmingly pushed to perform. Psychologically speaking this removes urgency from his mind, knowing his place is always assured. Make no mistake, I am not questioning his professionalism – he undeniably still gives his all. But he does have a safety net and it may just be affecting his form a tad.

And Jason Holt, the normally wonderful Holt has been a little off-colour too since his return from injury, not managing to quite resume where he left off.

But these are two minor details overall. In the grand scheme of things, Rangers’ poor form is not costing too much. Yes, it is disappointing not seeing a lot of slick sharp play and bagloads of goals, but as long as the three points keep coming in, that is not too huge a problem.

It only becomes one when the results dry up to a costly end, and hopefully that situation will never arise.