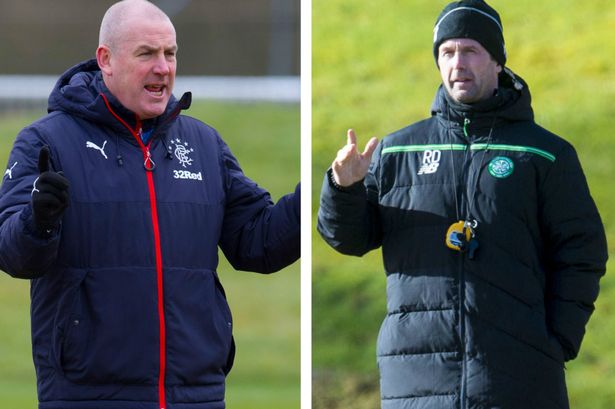 Normally this site avoids subject matter related to Celtic’s endeavours like the plague, because it is all about the Rangers for us. However, following Hibs’ shock loss last week, their Glaswegian cousins likewise stumbled one tier higher when they visited New Douglas Park and crumbled to a 1-1 draw.

Generally I would shrug and dismiss it as unimportant to Rangers, but it is now starting to emerge that its relevance to all things Ibrox is growing.

In four years, Celtic have had a chance to ‘do a PSG’ – with their vast resources, they had a chance to open up an embarrassing lead at the top of the Premiership ala their Parisian counterparts in Ligue 1. Instead, tonight, once again they stumble – out of Europe already (as usual) they are barely even a force in Scotland any more, and that is for Rangers, in time, to viciously exploit.

They should be a comfortable 20 points ahead, given the financial gulf between them and the likes of Aberdeen and Hearts (Hearts’ entire first team is worth roughly the same as Dedrick Boyata, for instance), and yet tonight they sit on an edgy seven point gap with a game more.

They should be boring their fans with routine win every single match, with maybe the occasional shock to spice things up. And yet, 5 losses and 3 draws tells its own story of 27 matches.

A four-year head start and they do not just have nothing to show for it, they have plain gone backwards.

Rangers, meanwhile, might not be the force they were in the SPL yet, but Warburton’s men, stumbles notwithstanding, are heading in completely the opposite direction to Parkhead’s finest.

Sure, Rangers’ squad is not quite there, and there is still a great deal of work to do – but it is going in the correct lane. Celtic’s continues to fester and deteriorate, while their fans do little but scream ‘Sevco’ or ‘zombies’ as if their opinions of Rangers will make their own failing outfit better.

It will not, lads, and you know it. Celtic, their fans, and their board have sat on their laurels and spent most of the last four years giving Rangers abuse. Meanwhile, that removal of their eye from the ball has seen a massive opening for Rangers to plunder, a huge gap which Celtic’s own laziness and lack of apparent vision has exposed.

When their boss Deila was interviewed tonight, there were no excuses, just a pale-faced expression which said more than his words did. He and his side have completely failed to convert their position into anything tangible on the field, and the closer Rangers get to the Premiership, the closer Celtic’s ineptitude is to being revealed to its full extent.

By no means would I foolishly claim Rangers are a better team now, of course they are not – Celtic would probably still beat Warbs’ men – but the future is what counts, and while the Magic Hat takes his men up, Celtic move sideways and down.

And they have no one to blame but themselves.