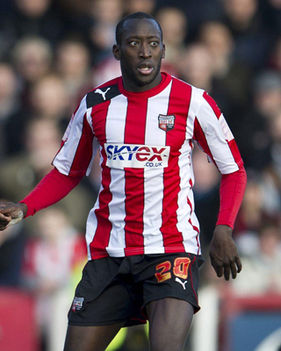 Rangers’ defensive midfield target Toumani Diagouraga is to fly to Murray Park this weekend to finalise his move to Rangers, according to Talksport’s Ian Abrahams.

The 28-year old Frenchman has been subject to significant speculation over his future, and starred in tonight’s disappointing loss for Brentford at home to Joey Barton’s Barnsley.

According to Abrahams, or ‘The Moose’:

“I understand @BrentfordFC midfielder Toumani Diagouraga will fly to Scotland this weekend and complete a move to @RangersFC.”

The player has made no secret of his desire to both leave the Bees and rejoin Mark Warburton at Ibrox, who he worked under previously during the Magic Hat’s time at Griffin Park, and if Abrahams’ information is correct, Rangers’ long-standing defensive midfield issue is to be resolved imminently.

Rangers also await to see if anything transpires involving interest in St Johnstone’s Michael O’Halloran, who Warburton refused to comment on recently.

But for the time being we await further developments in the Diagouraga story.