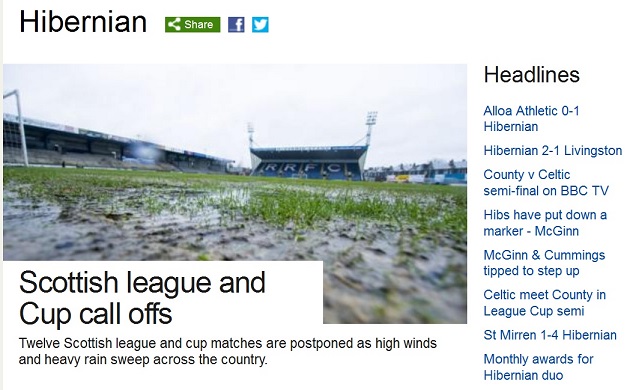 When Rangers manager Mark Warburton was loosely shortlisted as a candidate for the vacant Fulham position, the media went into overdrive and heckled him incessantly over the speculation.

Indeed, it became so intense for the former Brentford man that he had to systematically set about taking it apart formally at his pre-Raith press conference, putting any lingering notions of an untimely departure aside by repeatedly answering the same questions in an assured manner.

In short, he told the media where to go, and that he was happy at Ibrox with full commitment to the job – his defiance over the claims of departure, mainly by the BBC, were a reaction to the persistence of the BBC’s Jonathan Sutherland pressing him on it time and time again, and by the time the conference was over it surely put the nonsense to bed, once and for all.

Fast-forward to yesterday, and Sky Sources once again breaking a story about a Championship side’s manager being shortlisted for an English Championship side’s vacant hotseat, but this time it was Hibernian’s Alan Stubbs being allegedly cherry-picked for a move down south to Reading.

This news has been on the wires over 24 hours now, and here is the BBC’s Hibs page as of 14:15 on Monday 7th December:

Not a single mention of it.

The media reaction over Warburton being linked to England compared with Stubbs has been absolutely comical. On one hand the media contriving stories, effectively lying about the situation based on no apparent evidence at all – yes Warburton WAS on Fulham’s shortlist some time ago but Sky Sources confirmed he was removed – but this was not enough for Scottish outlets to stop using him and Rangers for attention thereafter.

Compare that with the total non-event that is Stubbs being linked. Yes, there is a little media attention today where the man says he is content at Easter Road, but not even a 100th of the badgering, pestering, and repeated nonsense that was aimed at Warburton for the same scenario.

More and more it seems Rangers are Scottish football these days: without using Rangers and everything associated with Ibrox, everyone in Scotland seems bored. Celtic, Aberdeen, Hibs and Hearts barely interest anyone any more.

It really is all about the Rangers now.