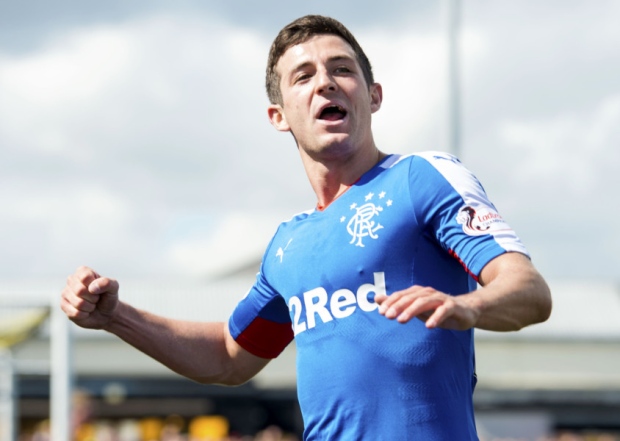 From surplus at Hearts to arguably Rangers’ best player this season, the rise of Jason Holt from relatively unheralded arrival this summer at Ibrox to possibly the most lauded player to currently strut their stuff in Govan has been as staggering as it has impressive.

The midfield maestro has seen his stock rise exponentially while his play makes the £65,000 fee handed out to Hearts for his services look positively absurd; the engine-room busybody netted another brace on Monday to once again affirm his borderline invincible status in terms of starters.

Holt only made around 60 appearances in four years at Tynecastle, being farmed out to Raith Rovers and Sheffield United during his time in Gorgie, a career which started professionally when he was only 18, and which saw him ultimately dismissed by Hearts when Rangers came calling.

There were claims he did not impress during his trial this summer gone, and that he was not putting the effort in – but clearly those were nonsense as his new manager snapped him up and slowly but surely the playmaker has risen to the top for Rangers and no one is in better form right now.

Initially his contribution was neat, tidy, and clean – with the attacking anchor providing an always-available outlet for both central midfield and attack – a distribution booth, if you like, when a player was in a jam – Holt was always there in space to assist, and keep the move flowing.

His tidiness on the ball also meant he rarely to never ceded possession to the opponent.

This was the style he initially deployed, but clearly his manager could see his potential and just how much more he could give. As such Holt has become a floater – as much a central midfielder as an attacking midfieler, with Lampard-esque runs into the box and support for the middle as well as the front.

Constantly moving, constantly buzzing around, and with superb composure on the ball Holt seems to be the centre of everything good that happens.

He gets great goals (that finish at St Mirren Stadium was unreal), he gets many goals, and he keeps the play flowing, moving, while always picking out the right pass.

Jason Holt has been a player reborn at Ibrox, a player who has gone from unneeded at Tynecastle to marquee for Rangers.

The best part beyond the paltry fee is the fact he is still only 22.

The real question is how good is Hearts’ midfield that Holt was not good enough for it…?