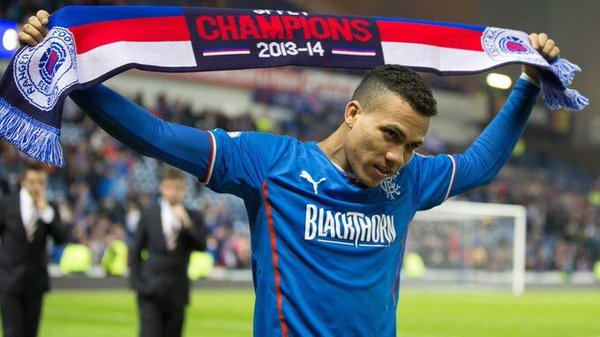 Arnold Peralta was not at Ibrox terribly long, and in truth probably did not have as productive a time in Govan as he would have hoped to, but yesterday’s reaction over the 26-year old defensive midfielder’s senseless and brutal slaying in his native Honduras highlighted just how important a sense of humanity is to the Rangers Family and indeed football in general, such was the general outpouring of grief for the former Vida and Olimpia man.

He was not a player who had a huge impact at Ibrox, almost certainly not helped by the substandard management of the time, and it was with mutual agreement that he departed Glasgow at the beginning of this year, but this was a Honduran international player with an incredibly respectable 26 caps to his name for a country, lest we forget, who made the world cup last year.

Peralta was a versatile player, whose strength was in the engine room of midfield – he had quicker pace than many gave him credit for, and was often deployed in his less favoured position of right back, especially for his country.

He was never really given a run in his favoured position, with Kyle Hutton or Ian Black always being the preferred option. Less said about that the better.

But his vile murder yesterday has brought Scottish football to a standstill, reminding us of the fragility of life, our own mortality, and the impact a player, who was not massively successful at Ibrox, can have on a club the size of Rangers and the mark he can leave on those around him.

He did not make a lot of appearances during his time in Scotland, but it is a testament to Rangers fans’ loyalty and support that his death was greeted with warm memories of his period at Ibrox and horror at how a young man with his career ahead of him has been taken so brutally.

There is even speculation Peralta had just become a father for the first time too.

We hope your killers are brought to justice, Arnold, and that you Rest In Peace. 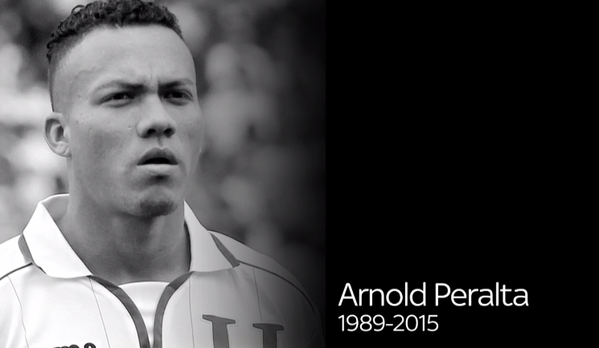