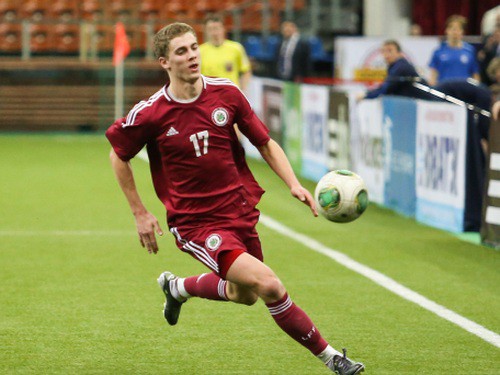 All appears to be rosy in the garden of Ibrox with Rangers
top of the Championship going into the festive period with bookies making them
a short option to
stay there and bank that all-important automatic promotion place.
It’s not the cakewalk many experts predicted pre-season
however with Hibs making a nuisance of themselves, breathing down the neck of
Rangers and boasting a
win over the Glasgow giants already this term.
Despite being linked with some big-money moves back to his homeland, boss Mark
Warburton has been keen to swat away rumours of him jumping ship with the
53-year-old insisting he can’t be bought and will be there to see his Govan
project through to the end.
Money matters to the former city trader however and fans
will be eager to see the extent of Dave King’s financial backing to strengthen
the push for a return to Scottish football’s top table. Warburton and assistant
Davie Weir have already proven in their short time at the club that big name
buys aren’t of interest to them, the likes of Jason Holt and Andy Haliday are
evidence of their vision for the future, and the rumour mill appears to focus
on wonder kids who could be pulling on the light blue before the end of
January. We take a look at the top three and what they could bring to a
promotion push that simply has to succeed.
Josh Windass
The 21-year-old son of former Aberdeen favourite Dean
Windass is currently on the books of English League Two side Accrington Stanley
but has put himself in the shop
window with some fantastic displays so far this season. A midfielder with
fitness to burn and a willingness to get forward, Windass has plenty of
improving left in him but he’s a player in a rush, already getting his scoring
tally into double figures for the season under his current employers.
He certainly fits the Warburton mould and with his contract
set to expire in the summer, and the player himself making it known that he
wants to progress in the game, it shouldn’t be a transfer that’ll worry those
who hold the purse strings, despite being rated as a £1 million player by John
Coleman. His willingness to win a move to Ibrox will adhere him to the faithful
and despite being a player for the future, he’ll be given his chance.
Matt Crooks
It could turn out to be a double raid on Stanley with the
versatile Matt
Crooks also popping up on Warburton’s radar. The 21-year-old could be seen
as a ready-made replacement for John Eustace, the one that got away, after the
seasoned campaigner pulled out of a move to Glasgow for personal reasons.
Seemingly Crooks would take far less persuading to travel north in a bid to
further his career and he’s another who has captured headlines with his
performances and work-ethic in the first half of the campaign.
The 6ft 3inch Leeds born lad looks more comfortable in front
of the defenders, doing the ugly work of a defensive midfielder, but it’s a
position that needs attention in the current Rangers crop after St Johnstone
exposed their frailties, scoring three at Ibrox in a cup win back in September.
A product of the Man Utd academy, Crooks is also tipped for the big money deals
of the future by Coleman but it wouldn’t take much to prize him away from the
Crown Ground and he’s another who falls comfortably into The Bears’ price
range.
Vladislavs Gutkovskis
The free-scoring Skonto Riga forward has been on trial at
Murray Park during the winter with a view to winning a move to Rangers and by
all accounts Gutkovskis has been making the right noises. The 20-year-old
Latvian proved his worth when topping the scoring charts in Virsliga last term
with 28 goals to his name and he’ll offer Warburton something a bit different
in attack, playing as a real target man with plenty of grit and pace on his
side, not to mention youth.
Gutkovkis won’t clock in as the complete player but we know
Warburton has a real knack for getting the best out of his youngsters and all
of the raw ability and potential certainly appears to be present with this man.
A former target for Premier League side Everton, he won’t cost much to bring
to Glasgow but if he impresses during his trial Rangers will be keen to get
the ball rolling before the sharks begin to circle. With Kenny Miller still
plying his trade in the Gers attack at 35, fans will be keen for an injection
of fresh blood up top and Vladislavs will be hoping he can grant their
Christmas wish.