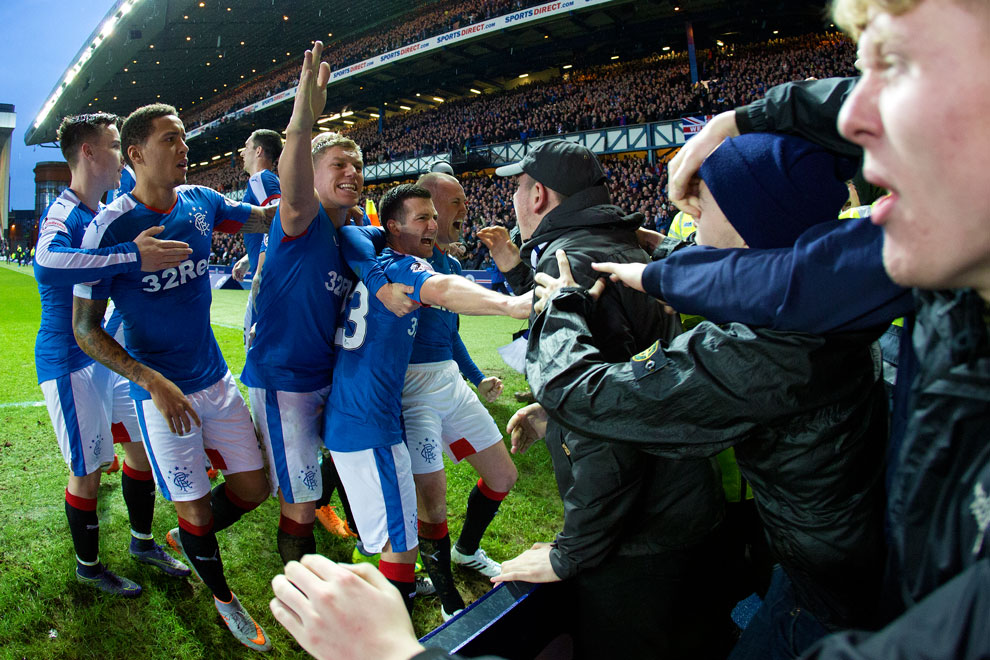 “You’re only as good as your last game.”

And it really is true – there is no more fickle a sport than football, with fans going into a meltdown of negativity following a bad result, and delirium after a good win. And that is how it is supposed to be; emotion rules football, and one bad result, for fans who live and breathe the sport, absolutely crushes morale, while good results send them into elation.

Few would doubt Rangers’ form has been a tad suspect of late – over the past two or three months there have been a few losses and draws, which compared with last season is infinite progress, but compared with the zenith of early season Rangers this time round was definitely a little bit of a lull.

The Morton draw then Falkirk loss seemed to sum up an increasing sense of inconsistency, for prior to these disappointing results Rangers had racked up eight goals in two matches, a fact quickly forgotten. However those two easy wins followed a crushing draw at Livi, and consequently Mark Warburton and his Rangers team found themselves really under the spotlight for the first time this season.

So going into Hibs’ visit to Govan the heat really was on the home team – with the away side the one in form and threatening to completely overturn that eight point gap into a three point lead.

And what happened? Rangers ran out gloriously comfortable winners. Yes, during the first half hour Hibs did provide a threat, but their goal, while clinical, was against the run of play and Rangers were unfortunate to be behind.

Once Jason Holt’s rippling drive found the net to square it up before the midfield maestro then made it two, it was completely one-way traffic.

Defence, mostly, was robust, with just one momentary loss of concentration leading to Hibs’ second. Midfield ticked along nicely thank you with an excellent display from Holt and Law in particular, while McKay created a constant menace of an outlet on the right, even if the winger will be gutted to have missed a near open goal.

And then with Martyn Waghorn’s Messi impression sealing things up near the end, it was a fair reflection of a truly dominant display from the home side, who, incredibly, were down to ten men for much of the second half.

This performance and result was a statement. A way of answering the critics and showing the early season Rangers could well be back – it is preferable to say ‘is’ back but the next few matches should verify that without wanting to count chickens in advance.

Warburton and the players have been stung by the criticism – it has clearly hurt, and it was up to them to prove the doubters wrong.

They went a long way to doing so – beating the second-placed and in-form team comfortably at home while down to ten men.